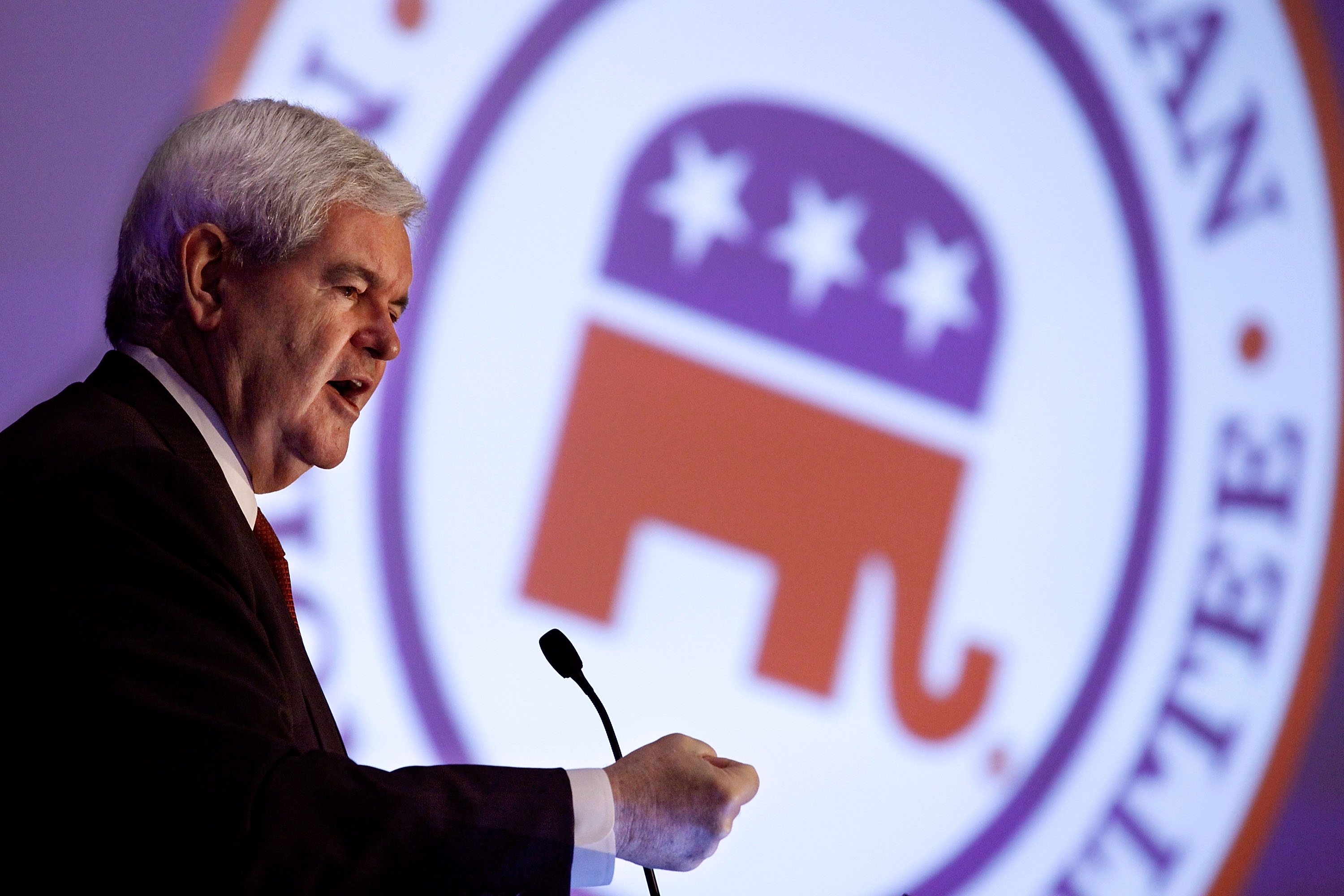 Now that Newt Gingrich is in the 2012 presidential race, both he and President Obama are running on the slogan "winning the future."

Mr. Obama started using the phrase in his State of the Union Address in January when he said "to win the future, we'll need to take on challenges that have been decades in the making."

He offered a five-point plan for "winning the future" by way of initiatives on innovation, education, infrastructure, government reform and political responsibility. The "win the future" phrase shows up regularly in the president's policy and political speeches.

As recently as a campaign fundraising event in Austin on Tuesday evening, Mr. Obama spoke of creating plenty of new jobs, pledging: "We have to make sure that America is prepared to win the future."

But Former House Speaker Gingrich claims ownership to the phrase "winning the future," pointing to his 2005 book of the same title.

And in announcing his candidacy last night on Fox News Channel, Gingrich made the phrase part of his campaign rhetoric:

-"I think if you apply the right principles to achieve the right results, that we can win the future together."

- I don't think that having a president who applies the wrong principles and gets the wrong results is going to lead to winning the future."

- "We can win the future with the right policies leading to the right outcomes."

In answer to a question today on Twitter, Gingrich made clear he won't surrender the slogan to Mr. Obama.

"Since I wrote a book 'Winning the Future' in 2005 and for two years ended radio commentaries with that phrase, I think I will keep it," he said.

And at the White House, Communications Director answered quickly and bluntly when I asked if Gingrich's use of "winning the future" will change Mr. Obama's use of it.

There are still plenty of incarnations of the "win the future" message for candidates who don't want to following the former House speaker and the president.

Perhaps they could pledge to "seize," "grab," "conquer" or "influence" the future.