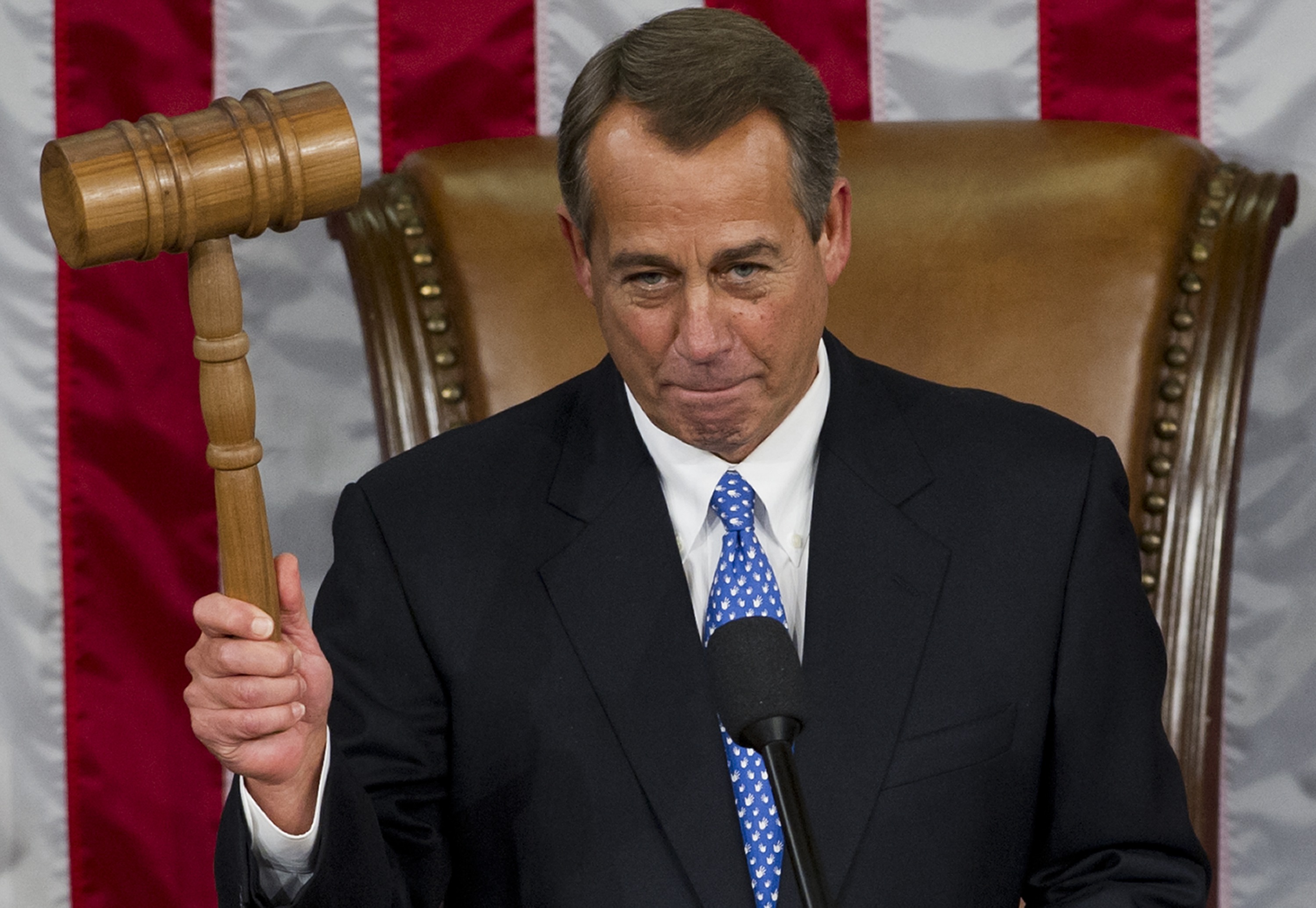 The House of Representatives elects its speaker Tuesday, and winning will require 218 votes, if all members are present and voting. Republicans will have a 246-vote majority tomorrow, so if all the GOP members vote, they can afford to lose around 25-26. Current Speaker John Boehner, R-Ohio, almost certainly will not cast a vote.

By my count, nine Republicans have come out against Boehner, who is running for his third term as speaker. They are among the most conservative members of the caucus, angry with the speaker over the passage of the $1.1 trillion spending bill because it didn't cut spending enough, and didn't defund Obamacare or the president's immigration executive actions. Rep. Louis Gohmert, R-Texas, and Rep. Yoho, R-Florida, have stepped forward as alternatives to the Ohio Republican.

Reps. Jim Bridenstine, R-Oklahoma, Paul Gosar, R-Arizona, Steve King, R-Iowa, Dave Brat, R-Virginia, Marlin Stuztman, R-Ohio, Thomas Massie, R-Kentucky, and Walter Jones, R-North Carolina, round out the nine members who have publicly said they plan to vote against Boehner. Bridenstine is calling the group the "gang of nine." Some of these members, like Yoho and Massie voted against Boehner for the speaker's job in 2013. Brat is the newest voice in this bunch--he upset then-Majority Leader Eric Cantor in a special election late last year and appears eager to hang on to his his rabble-rouser reputation.

Yoho and Bridenstine both voted for Cantor for speaker in 2013. Massie was the sole vote for Justin Amash, R-Michigan; Gohmert voted for then-Florida Congressman Allen West; Jones voted for former comptroller general and fiscal responsibility advocate David Walker. Stutzman is particularly aggrieved about the misunderstanding over his switched shutdown vote, and King is upset over immigration.

The other vote to watch--if peripherally--is the minority leader race. The spending bill vote last month really tested Nancy Pelosi's leadership and showed some fault lines, and, unlike the race for speaker, there is a feasible alternative to the California Democrat in Minority Whip Steny Hoyer, D-Maryland. But he has stated he is not running, and Pelosi and Hoyer are known by members to have had a tense relationship for years, so voting for him would be a huge slap in the face to Pelosi.