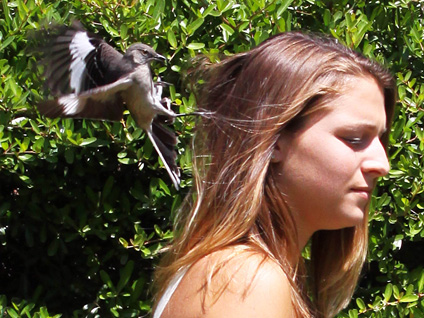 Marriage, butt of untold numbers of jokes over the centuries, is back.

After years of what one researcher calls an "enforced spell of silence," marriage is the new mantra among Washington policy-makers who want to nudge unwed parents toward the altar to improve their lives and those of their children.

"We will work to strengthen marriage," President Bush proclaimed this week in announcing welfare reform proposals that include spending up to $200 million a year on pro-marriage programs.

It's music to the ears of conservatives, who've waited decades to hear this tune.

Robert Rector, senior research fellow at the conservative Heritage Foundation, says talking about the impact of marriage on social problems became "politically incorrect" in the years after Daniel Patrick Moynihan, a future senator, prompted charges of racism with his 1965 report on the breakdown of the black family.

Dan Quayle got slapped around during the 1992 presidential campaign for criticizing TV's Murphy Brown for delivering a baby sans hubby. But it was President Clinton, whose marriage was a bounteous subject for armchair analysis, who really elevated the issue during the last round of welfare changes five years ago. The subject largely drifted off the radar screen again after that.

"It's back, now," says Rector, "and it's a more honest discussion this time around."

One reason the welfare conversation is coming back to marriage is that some 80 percent of child poverty occurs among youth from broken families or unwed parents. Nearly a third of all American children are being born out of wedlock, and children raised by never-married mothers are seven times more likely to live in poverty than those raised by married, biological parents.

President Bush says kids in two-parent families are also less likely to drop out of school, become addicted to drugs, have a child out of wedlock, suffer abuse or end up in prison.

Conservatives would love to see all those unwed mothers marching down the aisle for moral reasons, too.

But some worry the "pro-marriage" camp may get carried away about the benefits of matrimony.

A three-city study released earlier this month by researchers at Johns Hopkins University found a slight increase in poor children growing up in two-parent households.

"I think marriage is overrated as a cure for the problems of children in low-income families," said Andrew Chernin, a sociology professor at Johns Hopkins University and an author of the study. "No one is anti-marriage, but I don't think the benefits of marriage policy are as high as some others do."

"I understand there are some families that simply aren't meant to be," he said Wednesday. "On the other hand, we ought to aim for a goal, a goal that recognizes the power and importance of two-parent families in America."

Libertarians reject the whole idea of government trying to steer people to the altar. "It's a bit silly," said Kimble Ainslie, a policy analyst at the Cato Institute.

Of course, there are other ways to entice a reluctant parent down the aisle.

The Heritage Foundation's Rector, for example, suggests using celebrities to "affirm the linkage between marriage and personal happiness."

No less an authority than Donald Trump - two marriages down and perhaps a third to come - is happy to oblige.