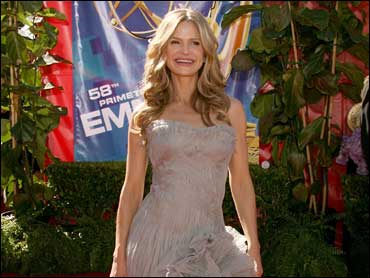 Kyra Sedgwick, of the TV series "The Closer," and Jon Cryer of "Two and a Half Men" will announce the top nominees for the 59th Primetime Emmy Awards on July 19.

The actors will join Dick Askin, chairman of the Academy of Television Arts & Sciences, for the announcement at the academy's Leonard H. Goldenson Theatre in North Hollywood.

Nominees in the top 11 categories will be announced during the
brief ceremony.

The three-hour Emmy Awards ceremony will be broadcast Sept. 16
by Fox Television from the Shrine Auditorium.