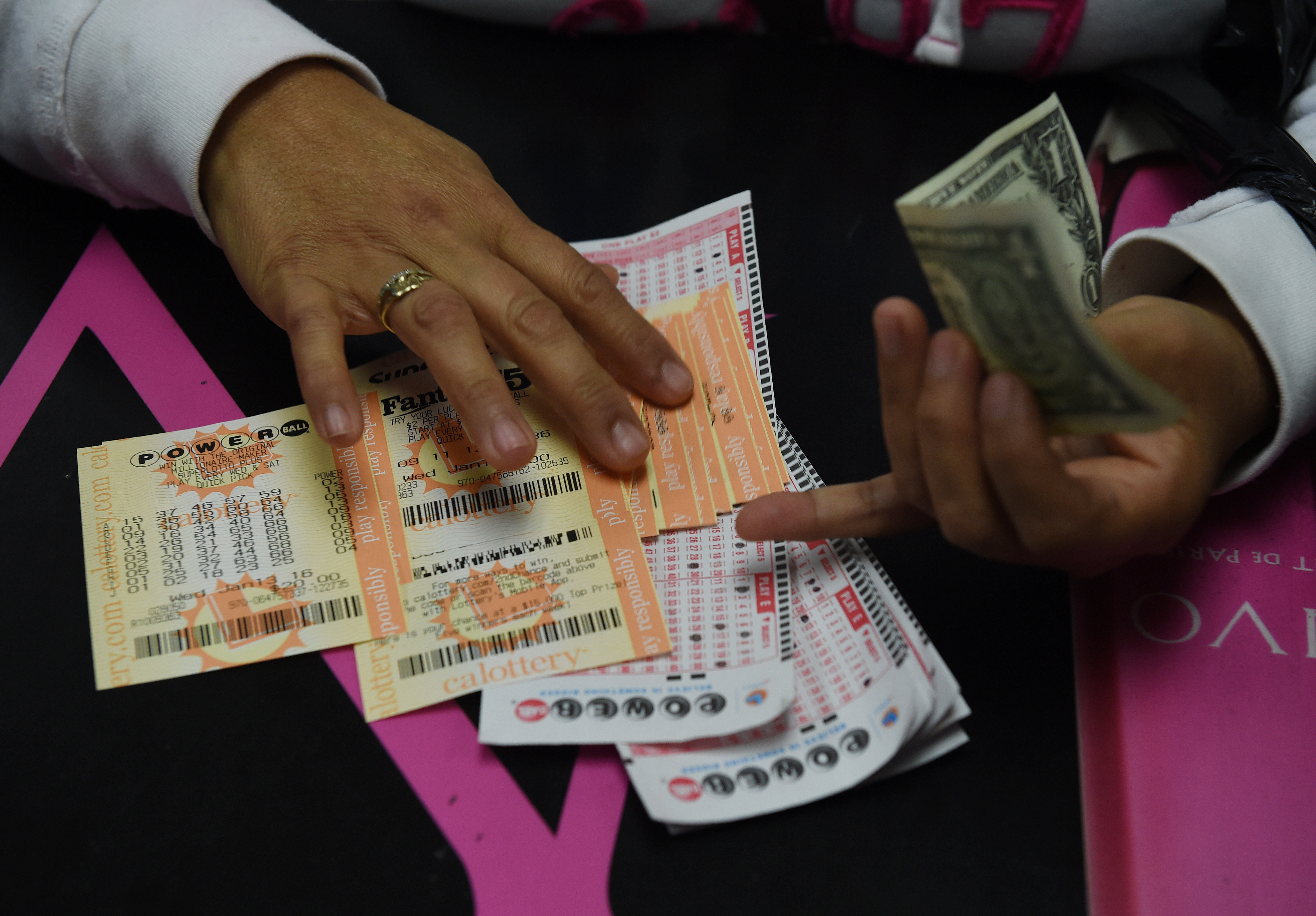 MUNFORD, Tenn. -- Mystery winners in Tennessee, Florida and California should get their affairs in order before they claim their thirds of the unprecedented $1.6 billion Powerball jackpot, lottery officials advised Thursday.

The lucky trio bought their tickets in Munford, a town of about 6,000 in Tennessee; in the modest Los Angeles suburb of Chino Hills; and at a supermarket in Melbourne Beach, Florida, where residents of a nearby housing development were heard partying loudly after Wednesday night's drawing.

The winners of the world-record jackpot overcame odds of 1 in 292.2 million to land on all the numbers: 4-8-19-27-34 and Powerball 10. They can let the jackpot be invested and thereby collect 30 annual payments totaling an estimated $533 million, or take their third of $983.5 million in cash all at once.

Getting such a windfall is the start of a "new journey" and the winners should be prepared with lawyers, accountants and financial planners before they come forward, California Lottery spokesman Russ Lopez said.

But they shouldn't wait too long: California gives its winners a year to contact lottery officials before the money automatically goes to schools. Winners in Tennessee and Florida must claim their winnings within 180 days.

The California ticket was sold at a 7-Eleven; the Florida ticket at a Publix supermarket and the Tennessee ticket at a family-owned grocery store, where the owner, Dana Naifeh, received a $25,000 check.

"I need to digest this," said Naifeh, who plans to share some of her modest bounty with store employees.

Naifeh told CBS affiliate WTVF her oldest daughter would be headed to the University of Tennessee soon and said she would also be a recipient of the Hope Scholarship.

Florida's store collects $100,000, and California's $1 million bonus will be shared between the Chino Hills store owner and the 7-Eleven company.

Store owner Balbir Atwal worked as an electronics salesman after emigrating from India in 1981, and bought his first 7-Eleven franchise at the age of 27. Now he owns four. He said he has sold winning tickets before, but never like this one.

"I was just joking, I said, this is the time someone's going to hit it," laughed Atwal. He said he would share his part of the store's bonus with employees and family, and give some to charity.

"It's my pleasure, I am very proud, and I am really excited too," said Faroqui, who said he didn't know who won.

"I have no idea because [the] last three days, very crazy. It's all big line around the store every day, yeah," he said.

Michael Fahim, 48, real estate broker from Chino Hills, said he bought 20 lottery tickets Wednesday night just up the street. "I'm happy it's in Chino Hills. I think it put us on the map -- all over the world," he said, adding that his brother called from Australia overnight to learn if he won.

For Wednesday night's drawing alone, Powerball sales totaled $1,270,206,274. People were buying 37,000 Powerball tickets a minute in California, where $386 million in Powerball tickets were sold since Nov. 4, the most of any state and more than California sold in the entire previous fiscal year, spokesman Russ Lopez said.

"You get a lot of new players with a large jackpot," California Lottery Director Hugo Lopez said. "Our goal is to have a lot of people play a little bit."

A big chunk of the profits go to California schools, although not enough to solve all their budget problems, officials said.

In Melbourne Beach, neighbors were gossiping that the winner might be someone in a housing development several miles from the Publix where loud partying could be heard after Wednesday night's drawing, according to Lisa Londini, a professional caregiver who was shopping at the market Thursday.

"The winner could be as close as your neighbors!" she said, visibly excited. "I wish it was me!"

"(We're) very excited for the customer, or customers, that may have purchased that winning Powerball ticket," a Publix representative said Thursday morning in an impromptu news conference outside the Melbourne Beach store, CBS affiliate WKMG reported.

Meantime, a 19-year-old man from Sanford will collect $2 million for matching all five white numbers and the multiplier, Florida lottery officials said.

Frederick Walker, who celebrates his birthday in a few days, went to Tallahassee Thursday morning to claim his prize, the station said. He purchased it from Sav-A-Ton in Lake Mary. There were also 11 $1 million winners in Florida.

In Tennessee, Munford auto body shop worker Jerry Caudle said he was "freaking out" when he heard a winning ticket was sold in his town, but then saw that he matched only two numbers, for a prize of $14. He wore a wistful smile as he left the Short Stop gas station and convenience store, where Tipton County's "best chicken on a stick" costs $3.69.

"It's been tough," Caudle said. "The hardest winter for me here in 17 years."

Sales for this jackpot generated nearly $115 million since November for education in Florida, which uses the lottery to provide 6 percent of the education budget, Florida Lottery Secretary Tom Delacenserie said. California's share represents $154 million for its schools, Russ Lopez said -- not enough "to get schools out of trouble."

Ticket sales and payouts had risen steadily as weeks came and went without a winner since Nov. 4, when the jackpot amount was reset at $40 million. In addition to three jackpot winners, more than 26 million other winning tickets will pay out total cash prizes of $273,869,373, Lunsford said.

Spain's massively popular Christmas lottery, known as "El Gordo," is ranked as the world's richest, though it doles out millions of prizes rather than one large jackpot like the Powerball. El Gordo last month showered 2.2 billion euros ($2.4 billion) across the country.

Powerball tickets are sold in 44 states, as well as the District of Columbia, the U.S. Virgin Islands and Puerto Rico. Many residents of the six that don't participate crossed state lines to get their hands on tickets before the drawing, according to the Multi-State Lottery Association.