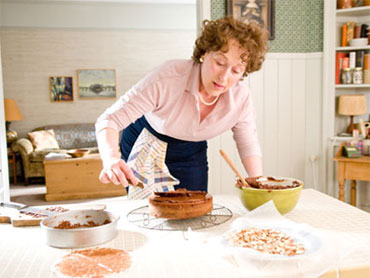 With the announcement of the Golden Globes nominees Tuesday, the awards season buzz begins. Who will earn gold this year?

Following word on the nominees for the 67th Annual Golden Globe Awards, Thom Geier, senior editor of Entertainment Weekly magazine, said on "The Early Show" that Meryl Streep competing against herself was a surprise.

"I think the only one this year who is competing against herself in the same category (Best Actress in a Comedy)," he said. "It's Meryl Streep. It's hard to compete -- even against yourself." Streep was nominated for two films in the category, "It's Complicated" and "Julie & Julia."

Still -- who could fall out of the running as the Oscars approach?

Geier said James Cameron's "Avatar" may be the "most vulnerable" because, he said, "big, sci-fi oriented films tend not to be Best Picture material."

And with six Golden Globe nominations -- more than any other film -- "Up in the Air," Geier said, seems to be emerging as the frontrunner in the awards derby.