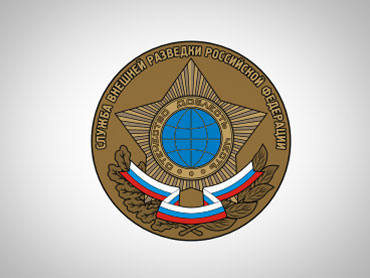 Ten Russian intelligence officers have been arrested in the U.S., the Justice Dept. disclosed Monday.

Eight of 10 were arrested were reportedly carrying out "deep-cover" assignments in on behalf of the Russian Federation, according to court documents.

But who were these men and women allegedly working for exactly?

The FBI believes that they were working for the SVR, a service of the Russian Intelligence. The Bureau alleged the SVR trained them in foreign languages and the use of codes and intelligence transmission before sending them to the U.S.

The purpose of their assignment was clear according to a decrypted message from Moscow Center: To search and develop ties in policymaking circles in the U.S. and send intelligence reports to Russia.

No, its no the plot of a John LeCarre novel, it's real.

After the KGB disbanded in 1991, around the time of the dissolution of the USSR, the need for a new intelligence gathering agency was needed. The KGB's intelligence arm, the First Chief Directorate, would eventually become the Foreign Intelligence Service, or SVR.

The headquarters of the SVR are located in Moscow. Mikhail Fradkov, the current SVR Director reports directly to Russian president Demitri Medyedev.

Since the cause of communism can no longer be used as a draw to lure people into spying for Russia, the SVR must use different tactics: A love of Russia, a mistrust of the West and anti-terror motives.

Russian spies infiltrating the U.S. is not just the stuff of Cold War paranoia.

In February of 1994, Aldrich Ames was arrested for passing classified information to the Soviet Union and then to the Russians. In November 1996, Harold Nicholson, a top CIA officer, was arrested while trying to smuggle documents out of the country to Russia.

In February of 2001, Robert Hanssen, a long-time FBI agent, gave thousands of classified documents on nuclear war defenses to the Russians. He pleaded guilty to espionage and was sentenced to life in prison.