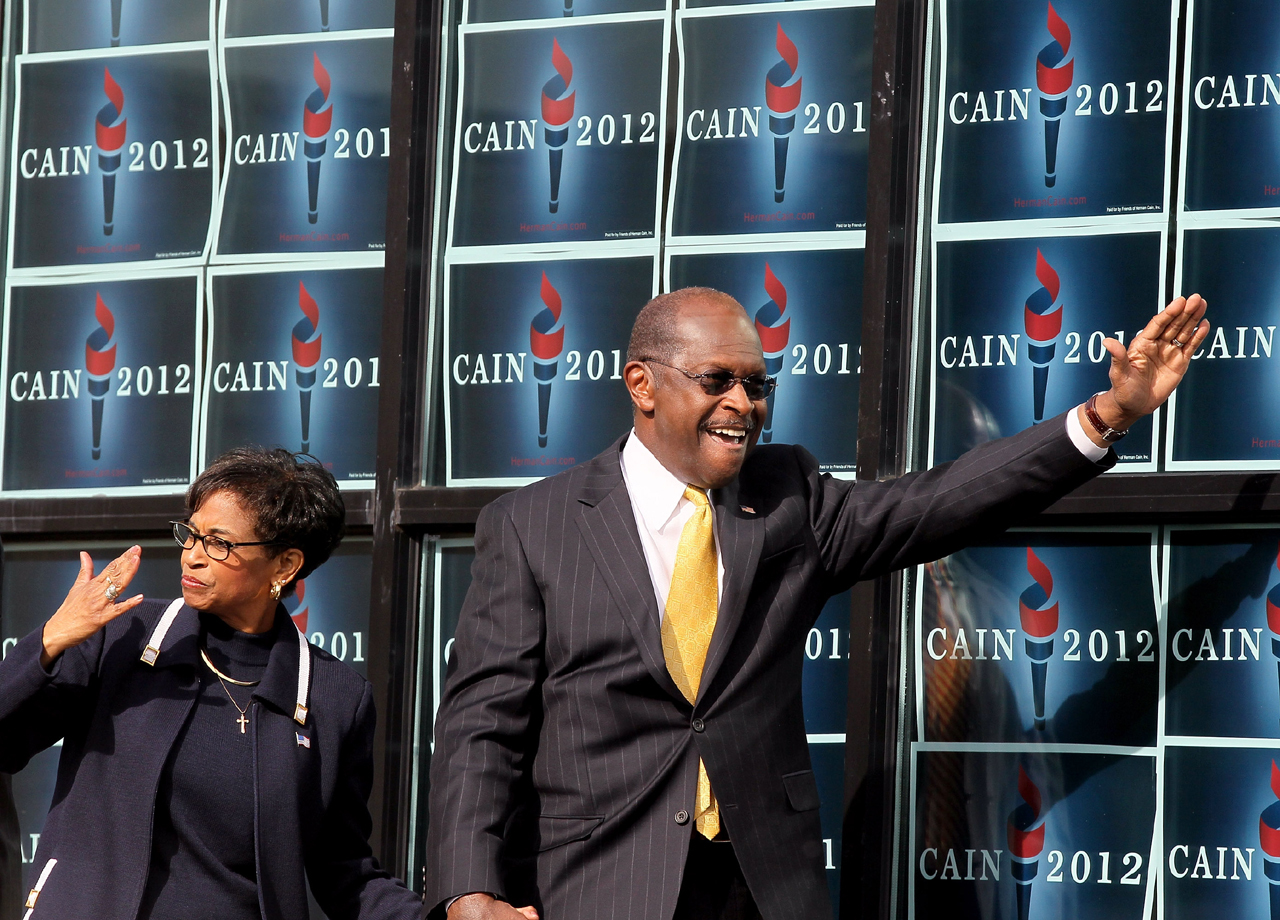 Here we go again. It has been a weekend of twists and turns in the race for the Republican presidential nomination. A man who led the field just a month ago is now out of the race, and a man counted out not that long ago is now on top.

CBS News correspondent Whit Johnson reports that there were a variety of reactions to Herman Cain's departure, and more than one candidate who may benefit from it.

No one has benefited more from Cain's fall than the former House Speaker. A new poll out of Iowa - the first state to cast votes - shows Gingrich leading with 25 percent, followed by Ron Paul at 18 percent, and Mitt Romney at 16 percent.

Even the White House is beginning to take notice of the new situation.

"I gotta tell, you I think a lot of people inside the beltway and outside the Beltway woke up today to a very different political environment, and one in which Newt Gingrich is very much for real," said Robert Gibbs, White House press secretary, on CBS' "Face the Nation".

"The one thing that is certain in this Republican primary, if you don't like where Mitt Romney is today, just wait until tomorrow. It's a little bit like the weather," Gibbs said.

With the Republican field still in flux, Romney and other candidates are seeing an opportunity in Cain's sudden departure.

"Don't think people have really settled down in a final way to decide who they're going to support in the nomination process. I hope that they give us a good careful look," Romney said.

Rep. Michele Bachman said she believes many of Cain's supported have already swung in her direction.

"A lot of Herman Cain supporters have been calling our office, and they've been coming over to our side," Bachmann said.

Meanwhile, Gingrich has staged a remarkable comeback in his bid for the White House. His campaign nearly fell apart over the summer. Remember, it was nearly six months ago, June 9th, when many of his top campaign staffers quit. By August, his poll numbers were down to 3-percent. Now he's a favorite, with voting just over a month away.