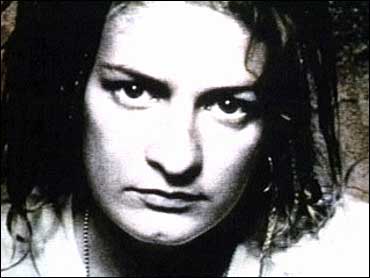 Det. Richard Gagnon fills his days with thoughts of the dead. Their names, faces and murders are always with him.

Gagnon, a homicide detective in Seattle, Wash., works cold cases – cases shelved and forgotten that no one has been able to solve. These are cases with physical evidence, sealed and literally frozen in time, for 10, 20, sometimes 30 years.

"It's a murder, and someone is out walking the street who's a murderer, and you have to take this guy down," says Gagnon.

"We often will read a case file in a cold case again and again. It's more than just a name. It's a person," says Det. Greg Mixsell, who is Gagnon's partner. Together, they make up Seattle's entire Cold Case Squad.

In Seattle, there are more than 300 unsolved murders. Yet in the last three years, the Cold Case Squad has cracked almost 20 of them, a remarkable record.

But now, the detectives face their greatest challenge yet, as they try to solve two of this city's most notorious killings -- beginning with the murder of Mia Zapata. It's a case that's been cold for more than a decade. Correspondent Harold Dow reports on this 48 Hours Mystery that aired last January.

"Mia Zapata was a 27-year-old up-and-coming rock star who was savagely raped and strangled and left laying in the middle of a street," says Gagnon.

In the early '90s, Zapata, a singer, was in the right place at the right time. Seattle was Ground Zero for "grunge," a new music that was taking the nation by storm, thanks to Kurt Cobain and his band Nirvana, who launched a phenomenon.

"There was a real vibrant music scene here, in all aspects," says Steve Moriarty, the drummer for Mia's band, The Gits. "I just liked the urgency and the honesty of her vocals. Her art and the music were the most important things to her, and everything else, who cares."

"The fact that she could sing those lyrics as passionately as she did and sound good doing it," says veteran music producer Jack Endino. "Here was a band who had a singer who could actually sing."

By 1993, Mia and the Gits were developing quite a following, and with hopes of signing a major record deal, the band was on the verge of stardom.

Mia grew up in Louisville, Ky., where she learned to play guitar and sing. Her parents divorced and her father moved to the Pacific Northwest when she was a child, but he saw her frequently. Mia discovered her passion for rock music in college, where she formed the Gits. And when the band moved to Seattle to try to make it big, Mia and her father were reunited.

In July of 1993, the Gits returned to Seattle after a very successful West Coast concert tour. But Mia was not happy to be home.

"She said for some reason, 'I don't wanna be back in Seattle. I really have a bad feeling here,'" recalls Moriarty. "She was a real intuitive person. Extremely intuitive."

On July 6, Mia was at her favorite bar, the Comet Tavern, hanging out with friends. She left the Comet shortly after midnight, telling friends she was going to look for her former boyfriend, Robert Jenkins. Just a few hours later, Dick Zapata says he got a call from the coroner's office and was asked to provide a positive identification.

Mia had been raped and strangled to death. Her body was left on a deserted street, nearly two miles from the Comet Tavern.

"There was a lot of pressure on detectives to solve this case because of the notoriety of who the victim was," says Gagnon.

Police immediately zeroed in on Mia's circle of friends in Seattle's music community. Seattle detectives did an exhaustive investigation but ultimately came up empty.

"I came to accept the fact that it was never going to be solved," says Dick Zapata.

Almost 10 years since Mia's murder, Gagnon and Greg Mixsell are still digging into the case, and taking a very close look at the original investigation.

"They were able to find everything about Mia Zapata, except for an-hour-and-10-minute period of time, from when she was last seen to when her body was found," says Gagnon. "It grew cold when they ran out of leads. Matter of fact, after quite a bit of time, friends of hers put some money together and hired a private investigator."

Private investigator Leigh Hearon was hired a few months after Mia was found murdered. Hearon, a classically trained pianist, quickly changed gears and immersed herself in the underbelly of Seattle's grunge music scene.

"I would go to a lot of the concerts and talk to people in the hallways, out in the alleyways. I got to know all the players, I figured out the relationships," says Hearon, who learned that the night Mia was murdered, she left the Comet Tavern around midnight in search of Jenkins, her ex-boyfriend.

Hearon says Mia was actually planning on confronting Jenkins, but as it turns out, Jenkins was with another woman that night, and was quickly dismissed by police as a suspect.

"That is where the trail goes cold," says Hearon, who suspects Mia was picked up by someone shortly after 2 a.m. in a car, then beaten, raped and strangled to death. She says the medical examiner believed that Mia would have died from the internal injuries, had she not been strangled.

The medical examiner, however, discovered traces of saliva on Mia's breasts, which Hearon says is the only bit of evidence recovered from the scene.

The saliva was swabbed and tested, but yielded no clues to identify Mia's killer. Hearon kept working the case, tracking down every possible suspect.

For four years, Hearon investigated Mia's murder, but she could not crack the case. That's when Mia's father, Richard Zapata, drew the conclusion "that I could live and die, and this murder could remain unsolved."

For years, Mia's case seemed all but forgotten. But during that decade, forensic science was making stunning technological breakthroughs, and solving cases with smaller and smaller amounts of DNA evidence.

Murder cases that seemed like they would be cold forever, suddenly became hot again. And when Gagnon and Mixsell began to look at Seattle's 300 unsolved homicides, they focused on sex-related murders, because those had the best chance of yielding bodily fluids containing DNA evidence.

In Mia's case, they made an immediate discovery from the only real evidence from the case:that tiny bit of saliva that had been frozen for more than 10 years. But was it enough for DNA?

Gagnon and Mixsell crossed their fingers and gave the swabs to forensic scientist Jodi Sass at the Washington State Crime Lab. After analyzing the saliva, Sass found two distinct strains of DNA.

"I got Mia Zapata's DNA profile along with a foreign male profile," says Sass, who entered that male profile into the FBI's DNA database of nearly 2 million criminals to see if she could find a match.

In December 2002, Sass had a hit – and it was one that baffled everyone. The DNA belonged to Cuban-born fisherman Jesus Mezquia, 48, who was living in the Florida Keys. He had left Cuba in 1980, when Fidel Castro exiled thousands, many of them prisoners. Now married, he spent most of his days fishing.

Mezquia surrendered a DNA sample after being arrested on a burglary charge. With the DNA match as their starting point, the detectives began to build their case against him. The detectives' first job was to prove Mezquia had been in Seattle when Mia was murdered. So they combed through arrest records from the early '90s, and by searching through traffic citations, were able to verify his location at the time of murder.

"We have him here prior to her death. So there's no doubt in our mind that he was in the area," says Gagnon.

The detectives immediately asked Florida authorities to take Mezquia into custody for questioning, and then flew across the country to confront their suspect. The interrogation would be critical. The Cold Case Squad already had one big clue: Mezquia's DNA on Mia Zapata's body.

Would he even admit to knowing Mia? The detectives slowly baited the trap and showed Mezquia pictures of five victims whose cases they had been working on. Mezquia denied knowing any of the victims, including Mia.

But since Gagnon and Mixsell had DNA proof that clearly contradicted Mezquia's statement, they knew they had their man. "There's no way that saliva could be where it was and him not have any knowledge of who this lady was," says Gagnon.

Mezquia was booked on the spot on the charge of first-degree murder.

Gagnon called Mia's father to tell him the good news. "I couldn't believe it. I couldn't believe it," says Dick Zapata. "He said, 'Absolutely. It was a million-to-one shot. It's a miracle. But we think we've got him. He's down in Florida. We're bringing him back.'"

For the Cold Case Squad, there is no time to relish the victory. The man accused of murdering rock singer Mia Zapata is going to trial, one that has been overdue for more than a decade.

Even as the trial begins, Mixsell and Gagnon are still investigating Mezquia, and they're now convinced he never met Mia Zapata until the night of her murder.

"He was always looking for a victim," says Gagnon. "He was a predator."

They've also discovered Mezquia has a record of assaulting women, including his wife. But the heart of the case against Mezquia is a tiny bit of saliva that was swabbed from Mia's breast. Cold Case prosecutor Tim Bradshaw tells jurors that the saliva, and the DNA it carries, is all the evidence they need.

"The evidence that was previously left in darkness has been illuminated and exposed to the light of the laboratory and will be exposed for your consideration in the light of this courtroom," says Bradshaw.

Mezquia, a Cuban, listens to the trial through translators, but he never speaks and never takes the stand in his own defense.

Mercifully, the trial concludes after just eight days, and the detectives and Dick Zapata are confident of victory. "I can't see 12 people walking this guy. I mean that would probably be the biggest travesty of my career," says Gagnon.

But the jury does something completely unexpected. It deliberates for three days, and tensions start running high. Then, on the fourth day, the jury reaches a verdict for Mezquia.

After wrestling for days with microscopic evidence that is 10 years old, the jury convicts Mezquia. His punishment is severe: he will serve 37 years in prison, well above the state's normal sentence for first-degree murder.

"I think justice is served," adds Gagnon. "We got the right verdict."

And with the Mia Zapata case now finally put to rest, the Seattle Cold Case Squad has a message for anyone out there who thinks they got away with murder.

"The clock's always ticking. You're not a free man," says Gagnon. "Maybe someday on the road, there'll be a knock on the door. If you're having trouble sleeping at night, I think we've done our job."

Jesus Mezquia is appealing his conviction. A ruling is expected this summer.

A documentary on Mia Zapata's band, The Gits, recently premiered at the Seattle International Film Festival.

What happened to the perfect child? One woman's incredible story