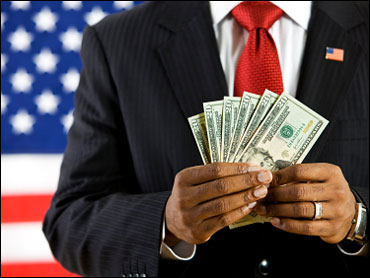 Unsurprisingly, attitudes on the topic are correlated to income levels. More than half (58 percent) of those who make more than $50,000 per year say they have achieved the American dream, while only a third of those who make under $50,000 say so.

But what, exactly, is the American dream? Twenty-seven percent of those surveyed chose "freedom and opportunity," making it the top answer. That was followed by "being successful" (18 percent), "financial security and a job" (13 percent) "having a home" (9 percent), and "happiness/peace of mind" (6 percent).

Nearly three in four Americans (72 percent) believe that Americans who start out poor have the opportunity to get rich despite their initial circumstances. But optimism is diminished from two years ago, when 81 percent felt that such social mobility was possible. Americans with lower levels of education and income are less likely to believe they have a chance to becoming wealthy.

Definitions of wealth also vary. Just over half of Americans (51 percent) will call a family wealthy if its income falls between $100,000 and $400,000 per year. The bar is higher for another 16 percent, whose definition of wealth is between $400,000 and a million dollars. Seven percent said that only millionaires can be thought of as rich in this country.


This poll was conducted among a random sample of 998 adults nationwide, interviewed by telephone April 1-5, 2009. Phone numbers were dialed from RDD samples of both standard land-lines and cell phones. The error due to sampling for results based on the entire sample could be plus or minus three percentage points. The error for subgroups is higher.