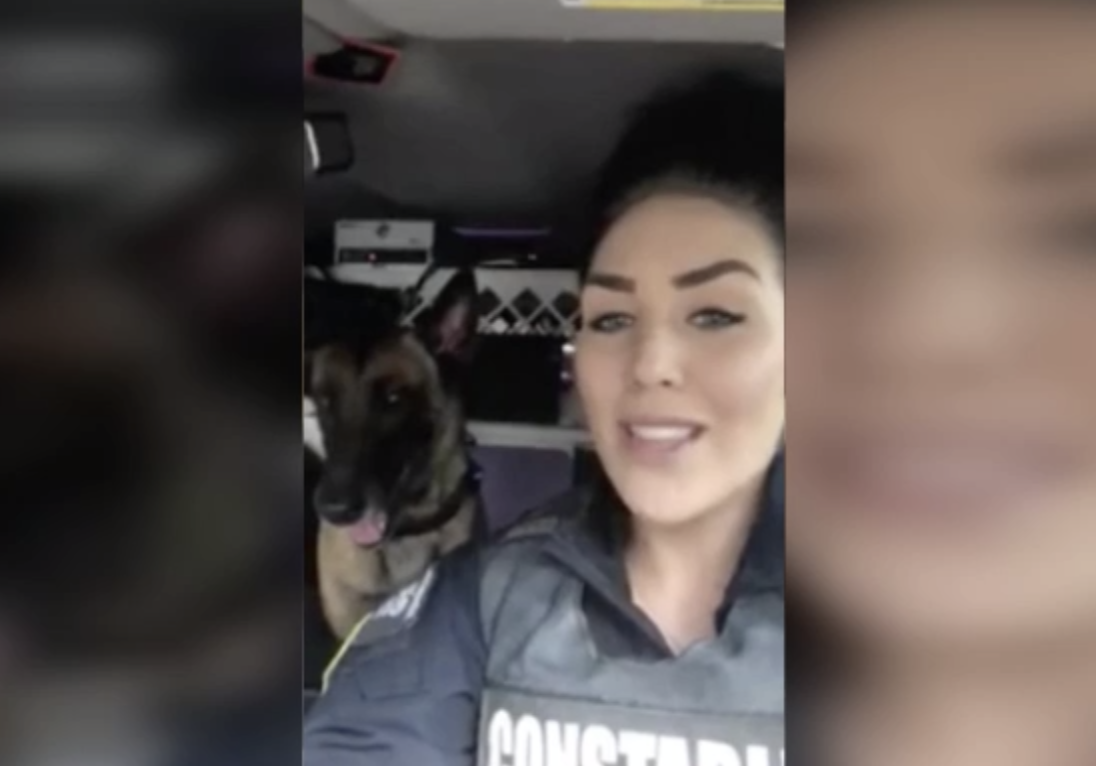 Harris County Constable Deputy Madison Sperry joined the challenge and took a video of herself lip-syncing to the Baha Men song "Who Let The Dogs Out?" With a song choice like that, of course she needed her K9 partner to help her sing along.

As Sperry lip-synced the classic 2000 song, her K9 unit, Quelle, added her own touch. Quelle barked along every time the Baha Men sang the iconic line "who, who, who?" It made for a standout lip sync performance.

The group K9s4Cops shared Sperry's video on Facebook. "It's a nonprofit that purchases police dogs for agencies across the country ... They have placed over 150 dogs around the nation," Sperry told CBS News. Quelle is an ambassador for K9s4COPS, Sperry said.

Quelle is somewhat of a spokesdog for K9s4Cops -- she appears in many of the organization's social media posts. Sperry filmed the video for the organization so they could share it and hopefully spread awareness for their work.

Quelle and Sperry's video has been viewed more than 2.2 million times. "The whole thing started as a lip sync battle across the state of Texas, and all the ones done with K9s in it, the dog just sat there doing nothing," Sperry said. "So I knew Quelle could have a significant role in the video because she does a lot of tricks on command," Sperry said of the 6-year-old Belgian Malinois.

The lip-syncing trend started in June, when a Bexar County sheriff's deputy posted a video of himself lip syncing in his cruiser. The battle among officers spread like wildfire. Law enforcement from San Antonio, Robstown, Austin and now Houston joined in and posted their own lip syncs.

From *NSYNC to Selena, to Baha Men, the officers have entertained millions of people with a wide variety of song styles. Quelle's, however, is one of the most memorable. She "sang" along perfectly, and raised awareness for a cause that is close to her heart.