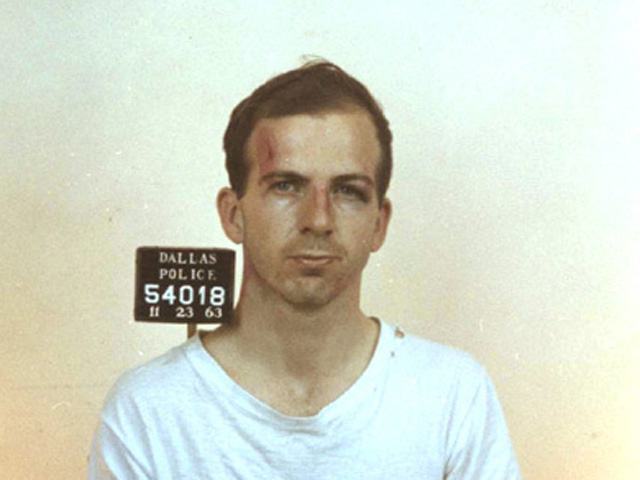 He defected to the Soviet Union, returned to the United States with a Russian-born wife, and tried to get Soviet and Cuban visas before assassinating President John F. Kennedy. Fifty years later, only a quarter of Americans are convinced that Lee Harvey Oswald acted alone. Instead, nearly 60 percent say there was a conspiracy to kill the president, according to a poll by The Associated Press-GfK  in April.

Other theories cropped up almost immediately and have endured: the Soviets murdered Kennedy or the CIA, Cuban exiles, Fidel Castro, the country's military-industrial complex, even President Lyndon B. Johnson. The Warren Commission found in its 879-page report on the assassination that Oswald acted alone -- but it is still being criticized from all sides. The House Select Committee on Assassinations concluded in 1979 that it was likely Kennedy was killed as a result of a conspiracy.

What did happen in Dallas on Nov. 22, 1963? Who killed Kennedy? Here are a few of those theories.

ONE BULLET OR TWO?

The Warren Commission concluded that Lee Harvey Oswald fired three bullets, all from the Texas School Book Depository. But disagreements persisted over whether Texas Governor John Connally was wounded by one of the bullets that had already hit Kennedy in the neck.  Skeptics pounced on the single-bullet theory and got a boost from Connally himself who testified before the commission that he had been hit separately. Tapes released by the National Archives in 1994 show that President Lyndon B. Johnson thought so too. And if the men were hit at about the same time by different bullets, there had to have been a second gunman.

This year a father-and-son team Luke and Michael Haag took another look at the controversy using the most up-to-date technology and concluded on a PBS "Nova" documentary that the one bullet could have hit both men.

A SNIPER ON THE GRASSY KNOLL?

Witnesses reported hearing shots from the now famous grassy knoll ahead of the president's limousine in Dealey Plaza.  In a new book, University of Virginia professor Larry Sabato reports that some Dallas policemen who ran up the knoll encountered people with Secret Service credentials. Who were they? The policemen let them go, and only later discovered that there were no Secret Service agents still in Dealey Plaza, said Sabato, the director of the Center for Politics at the University of Virginia and author of "The Kennedy Half-Century." Conspiracy theorists, meanwhile, poured over the amateur film made by Abraham Zapruder, frame by frame, and insisted that it showed the president being shot from the front.

In 1979, the House Select Committee on Assassinations challenged the Warren Commission's conclusions and decided that an audio recording -- from a motorcycle policeman whose microphone was stuck in the "on" position -- caught the sound of four gunshots being fired, one possibly from the grassy knoll. The finding was discounted three years later by the National Academy of Sciences which said that the noises were made after the assassination. Sabato had the recording re-examined and says the sounds are not gunshots at all, but an idling motorcycle and the rattling of a microphone.

The mafia is a favorite culprit because the Mob disliked Kennedy's brother, Robert.  The aggressive attorney general had gone after James Hoffa, the president of the International Brotherhood of Teamsters with his own connections to the Mafia. Plus the crime bosses were angry over Kennedy's failed attempts to overthrow Fidel Castro, who had closed their casinos in Havana.  Some accounts have crime bosses bringing over hit men from Italy or France for the job; others accuse the CIA of hiring mobsters to kill the president.

Then there was Jack Ruby, the Dallas nightclub owner who shot Oswald in the basement of the Dallas police station two days after the assassination. Ruby was connected to the Chicago mob and allegedly smuggled guns first to Castro and then to anti-Castro groups. The Associated Press reported the morning of the shooting that police were looking into the possibility that Oswald had been killed to prevent him from talking.

Oswald had Mob connections too. In New Orleans before the assassination, he stayed at the home of an uncle who was a bookmaker with ties to the Mafia.

The House Select Committee on Assassinations concluded that organized crime as a group did not assassinate the president, but left open the possibility that individual members might have been involved. It singled out Carlos Marcello and Santo Trafficante as two men with "the motive, means and opportunity," though it was unable to establish direct evidence of their complicity.

The Cuban dictator had no lack of motive to want the American president dead: the failed Bay of Pigs invasion, the CIA's attempts to kill him -- with Mob help. Only two months before the assassination, Castro said: "United States leaders should think that if they are aiding terrorist plans to eliminate Cuban leaders, they themselves will not be safe."

In Philip Shenon's new book, "A Cruel and Shocking Act," Shenon reports that a Warren Commission staff member, William Coleman, was sent to meet with Castro and was told that the Cuban regime had nothing to do with the assassination.

A former BBC journalist and author of "Not in Your Lifetime," Anthony Summers, writes on his blog that he first heard the story from Coleman in 1994, though Coleman would not describe the assignment from U.S. Chief Justice Earl Warren, saying it was confidential. Summers later recounted it and Coleman's denial in a 2006 article in the Times of London.  Summers says Coleman brought back documents, which he said were in the National Archives.

The country was deep in the Cold War and Oswald had myriad connections to the Soviet Union. After a stint in U.S. Marines, he had defected there in 1959, and had married Marina Prusakova, whose uncle worked for Soviet domestic intelligence. Later while in Mexico, Oswald tried to get visas for Cuba and the Soviet Union.

Plus Nikita Khrushchev's gamble to place missiles in Cuba had failed. But KGB officer Vacheslav Nikonov told "Frontline" in 1993 that Oswald seemed suspicious to the KGB because he was not interested in Marxism.

Various versions have the CIA, the FBI, the Pentagon or the Secret Service turning on Kennedy as a traitor and plotting his death.  James W. Douglass in his 2008 book "JFK and the Unspeakable: Why He Died and Why It Matters," argues that Kennedy was killed because he had moved away from a Cold War view of the world and was seeking peace.

Oliver Stone's movie, "JFK," centers on New Orleans District Attorney Jim Garrison, who conducted his own investigation of the assassination. Garrison told Playboy magazine in 1967 that Kennedy was killed not by Oswald but by a guerrilla team of anti-Castro adventurers and the paramilitary right. The CIA had plotted the assassination together with the military-industrial complex because both wanted to continue the Cold War and the escalation of the conflict in Vietnam, he said.

The Warren Commission staff members who are still living say that to this day no facts have emerged undercutting their conclusions: Oswald was the assassin and neither he nor Ruby were part of a larger conspiracy. But the conspiracy theories are likely to linger.