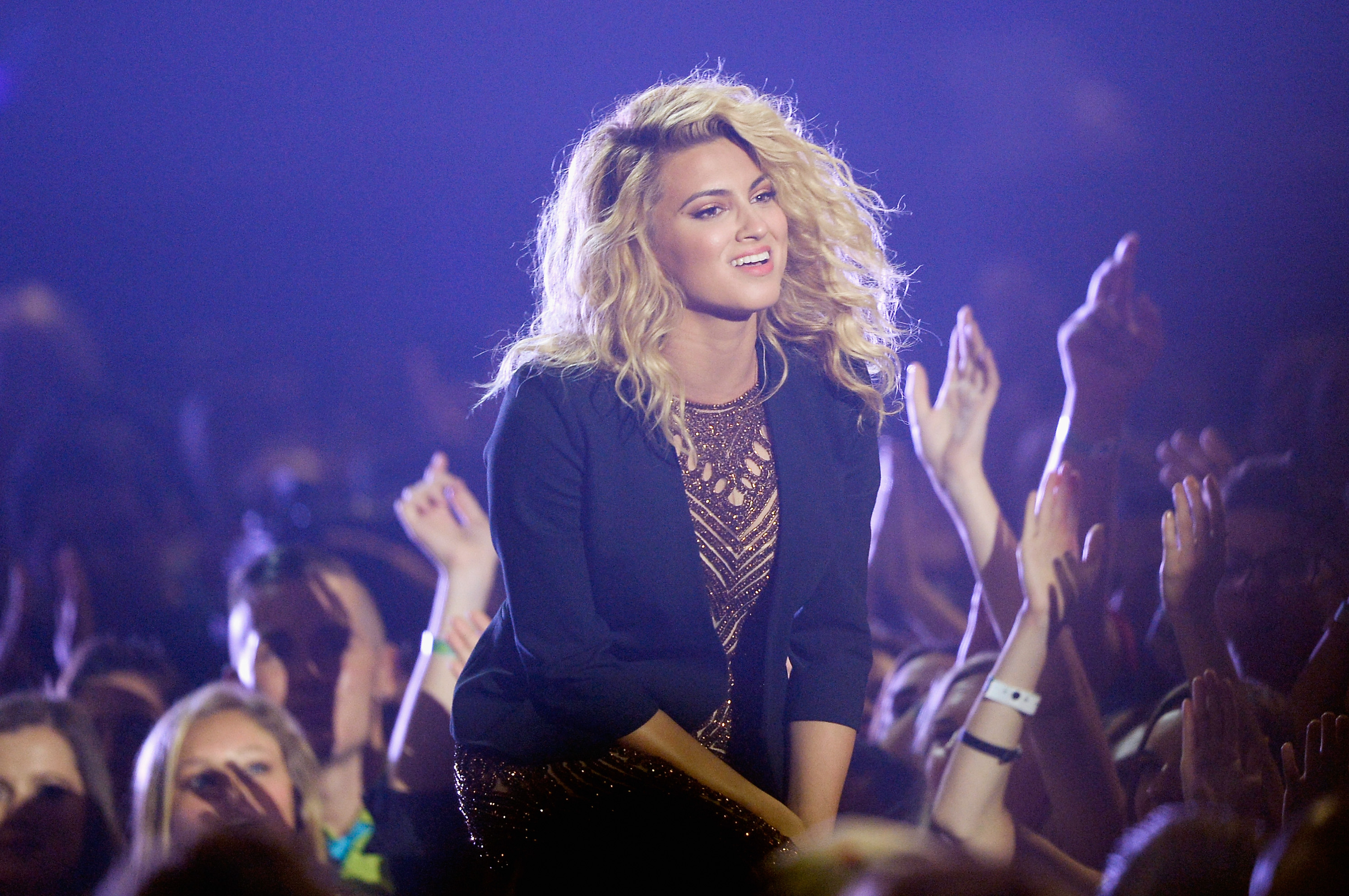 Everyone watching the 2015 MTV Video Music Awards on Sunday saw Nicki Minaj call out Miley Cyrus for trashing her to the press, Justin Bieber crying and Kanye West's announcement for a presidential run in 2020.

But amidst the big stars, another smaller one stood out: Who was that girl with big blonde curls rocking out on the guitar, singing her heart out?

That would be 22-year-old pop singer Tori Kelly belting out a show-stopping rendition of her new single "Should've Been Us." Who is Kelly? Here are five things you need to know about the young singer.

1. Kelly got her big break on YouTube. Though she had made TV appearances before, Kelly's big break was when her acoustic cover of Frank Ocean's "Thinkin' Bout You" went viral on YouTube. The video currently has more than 23 million views.

2. She comes from a musical family. Kelly is from Temecula, California, and it's no surprise the singer has impressive music chops. Her dad is a singer and bassist, and her mom plays piano and saxophone. Kelly also comes from a multicultural family; she told Z90.3 that her father is Jamaican and Puerto Rican and her mother is Irish and German.

"I love learning about all the different cultures," she said, before admitting that she wishes she could speak Spanish better.

3. She's been a singer since childhood. The VMAs were not Kelly's first brush with fame, by any stretch. Kelly won "America's Most Talented Kids" when she sang Christina Aguilera's "Keep on Singin' My Song" in 2004. Kelly started singing at the age of three, and she also learned how to play the piano and guitar in her teens.

Kelly also auditioned for American Idol Season 9 when she was 16, but didn't make it to the live show.

4. She shares a manager withAriana Grande and Justin Bieber. Scooter Braun, Justin Bieber's manager, discovered Kelly in 2013 after he saw her first show at Room 5 in Los Angeles, according to Braun's website. Braun told Billboard that he initially thought Kelly was already taken: "I was just blown away," he said, "but someone told me she had a manager, and I have never poached an act in my entire career."

It turned out Kelly was in the process of leaving her management, and though she was wary of Braun due to bad experiences with managers in the past, but Braun convinced her: "I was very skeptical walking into a label," Kelly says. "I'd been burned before. But when I met those guys, I had never felt that way: They were fans and really got me."


5. She released her first album in June. "Unbreakable Smile" is Kelly's first album. Ed Sheeran even helped her co-write some of the music. Kelly performed her hit "Should've Been Us" at the VMAs and kept it simple -- no theatrics or props -- and stood only with her guitar. She is currently on tour.