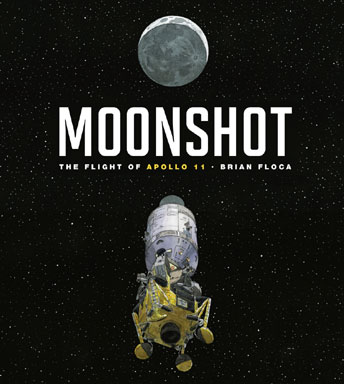 Child molestation charges could be filed Thursday, Dec. 18, against Michael Jackson. Santa Barbara district attorney Tom Sneddon, who's been in office more than 20 years, plans to personally try the case.

Sneddon has pursued Michael Jackson twice over 10 years on allegations of child molestation.

Jerry Roberts, editor of the Santa Barbara News-Press tells The Early Show national correspondent Hattie Kauffman, "I think people do feel that he is a man on a mission. You know, this is going to be the signature case of his career."

The editor of the local paper says don't look for Sneddon to back down.

"The two words that you hear the most are probably pugnacious and tenacious," Roberts says, "He has a reputation for being fiercely competitive."

At a news conference on Nov. 19, 2003, Sneddon said, "Within a very short period of time, there will be charges filed against Mr. Jackson."

He sounded confident and cocky. With laughter, he also said, "Like the sheriff and I really are into that kind of music."

He was forced later to apologize for the light tone.

Jim Thomas, former Santa Barbara County sheriff, noted, "I suspect that if he had the opportunity to do it again, he may do it a little differently."

In over two decades as D.A., Sneddon has clashed with plenty of defense attorneys, including Gary Dunlap.

Dunlap says, "Last year, I was wrongfully prosecuted for a number of crimes, crimes I did not commit."

The D.A. had charged Dunlap, a frequent critic of the department, with perjury and witness intimidation.

Dunlap notes "We went to a jury trial and I was acquitted on all counts."

Now Dunlap is suing Sneddon for malicious prosecution, and wonders how strong the D.A.'s case against Jackson really is.

Dunlap says, "He said he had a very strong case against me. The problem was that his whole strong case was manufactured."

Two years after Jackson's first child molestation investigation by Sneddon, the singer wrote a song about a 'cold, cold man' named Dom Sheldon. Some Jackson fans are convinced it's a thinly veiled reference to Tom Sneddon.

Roberts notes, "He's not a universally beloved figure. He's not the kind of guy that you feel all warm and fuzzy when he walks into the room."

Still, even his detractors concede Sneddon is good at what he does.

Dunlap says, "I know he's a very effective prosecutor. Tom Sneddon is not a lightweight".

Jackson's high-profile legal team will be up against a district attorney who plans to prosecute the case himself.

"It's not a vendetta," Jim Thomas says. "He's a professional, and he's no one that is going to look back and say, 'You know, we didn't get you last time; we got you this time.'"

Dunlap says, "He lost his opportunity against Michael Jackson in 1993, and he doesn't want to leave office without paying that score back."

But Sneddon's motivation may be simpler than that.

Roberts says, "He's a law-and-order guy who sees the world in black and white. There's bad guys and good guys, and he sees himself as the good guy."

Sneddon refused to be interviewed for this story. If charges are brought Thursday, Michael Jackson will make his first court appearance next month.