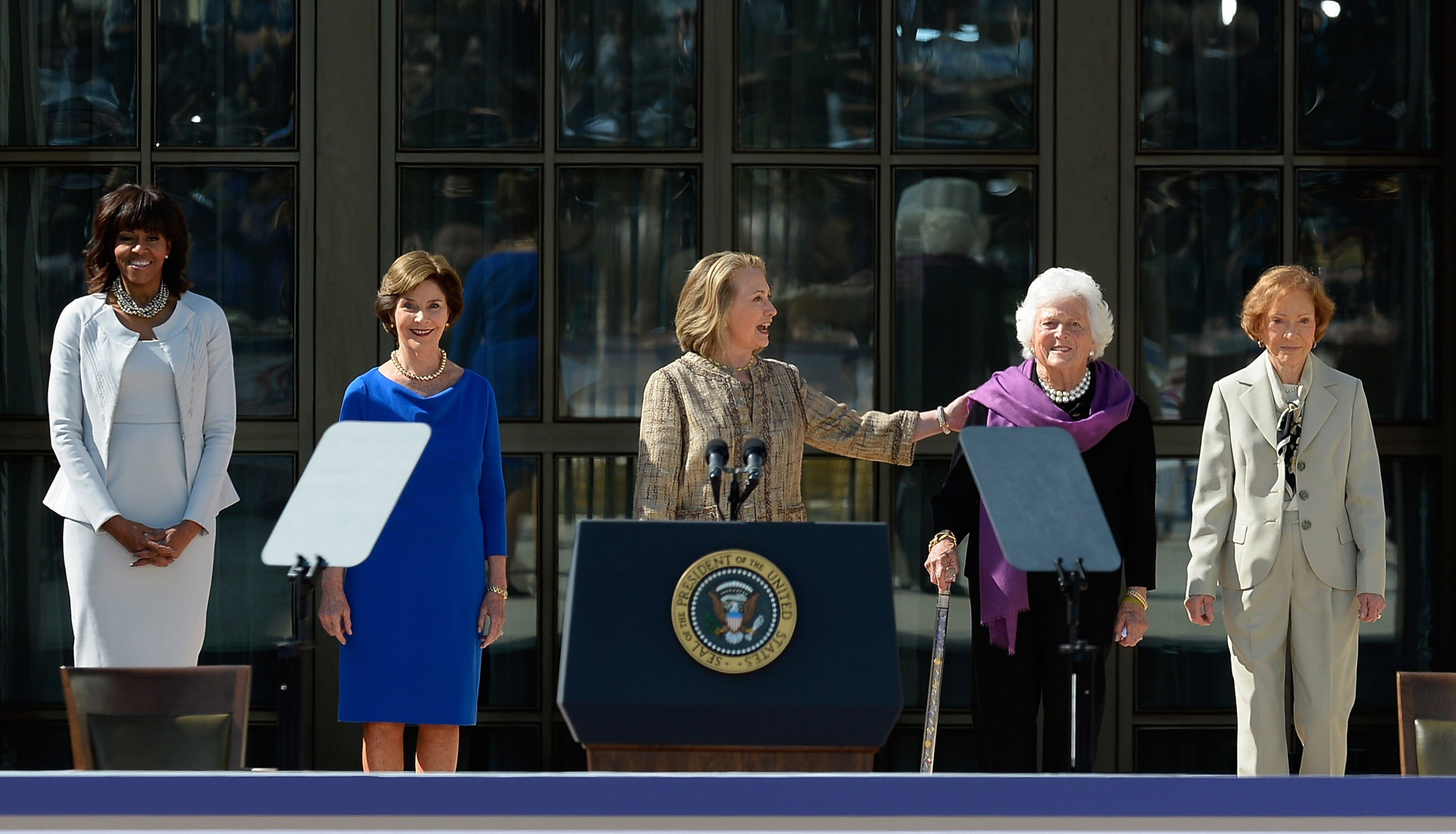 Michelle Obama and Hillary Clinton are ranked the nation’s 5th and 6th best first ladies, according to a new poll from Siena College.

And for the fifth time in a row, Eleanor Roosevelt, the wife of former President Franklin Delano Roosevelt, claimed the top spot as the nation’s best presidential spouse.

Siena’s poll, conducted in conjunction with C-SPAN as part of the network’s series “First Ladies: Influence and Image,” has surveyed a group of historians and scholars five times since 1982 on their attitudes toward the country’s first ladies. The poll asked respondents to rate each woman on 10 qualities: background, value to the country, being the White House steward, courage, accomplishments, integrity, leadership, being her own woman, public image, and value to the president.

Eleanor Roosevelt was ranked first in six of the categories, including value to the country, leadership, accomplishments, and courage.

Respondents were also asked a number of more specific questions about the first ladies of the 20th and 21st centuries, including who best managed their family life during their time in the White House, who could have done more with their position, and who could conceivably serve as president.

Michelle Obama was ranked highest for her ability to manage family life in the White House – perhaps unsurprising for a first lady who has described her primary job as “mom-in-chief” to daughters Sasha and Malia.

Laura Bush, the wife of former President George W. Bush, was cited by the highest number of experts as someone who could have accomplished more during her stint in the White House.

And Hillary Clinton, by a wide margin, was identified as the first lady who could most easily step into the presidency in her own right. Clinton, who ran for president in 2008 and has also served as a senator and the U.S. secretary of state, is mulling another presidential bid in 2016.

And the first ladies whom historians have deemed lackluster? Those unfortunate few, in descending order at the bottom of the list, were Margaret Taylor, Florence Harding, Letitia Tyler, Eliza Johnson, and Jane Pierce – because apparently people have really strong opinions about Jane Pierce.