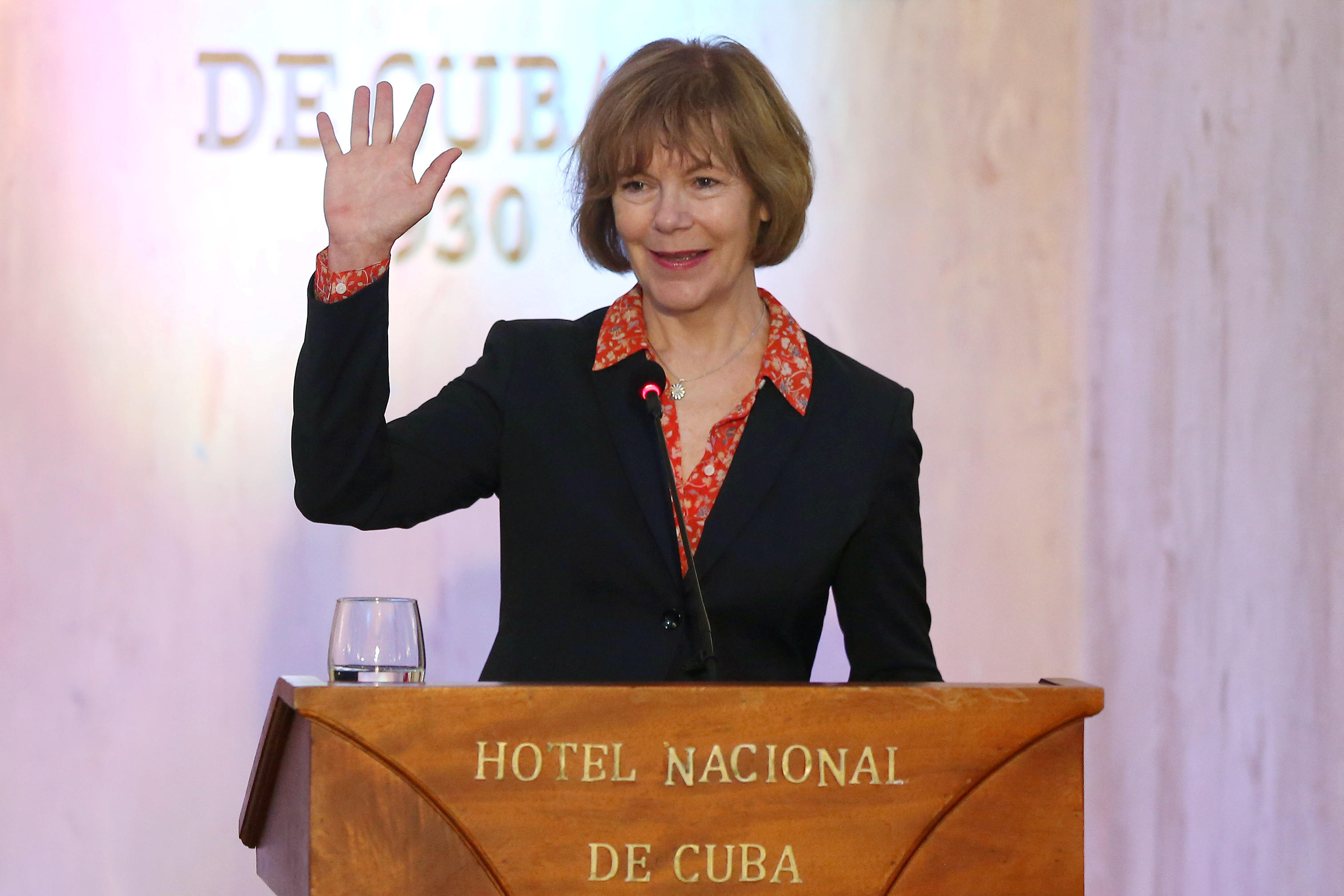 Minnesota Governor Mark Dayton announced on Wednesday that Lt. Gov. Tina Smith would be his choice to replace Sen. Al Franken in the Senate following Franken's resignation amid growing allegations of sexual misconduct.

Since Franken announced his resignation, Smith has been considered to be Dayton's top choice, and after her appointment, Smith announced she would also run in the November 2018 special election to finish Franken's term, which was to expire in 2020.

"I will run in that election and I will do my best to earn Minnesotans' support," she said at the news conference where Dayton announced her appointment.

Smith told reporters in light of Franken's resignation, she resolved to do "everything I can to move Minnesota forward" vowing to be a "fierce advocate in the U.S. Senate for economic opportunity and fairness."

Her appointment means that Minnesota will have two women senators -- the senior senator is Democrat Amy Klobuchar, who was elected Minnesota's first woman senator in 2006. That means both Klobuchar and Smith would be running for the Senate in 2018.

Smith, a Democrat, took office as Minnesota lieutenant governor in January 2015. The following year, she was named one of the top 25 most influential women in state politics by CQ Roll Call. Smith graduated from Stanford University with her bachelor's degree, and from Dartmouth College with her MBA.

Smith, 59, was born in Albuquerque, New Mexico, and she moved to Minnesota in 1984 to take a marketing job with General Mills. She grew more political active in the 1990s, founding her own marketing and political consulting firm and eventually managing Walter Mondale's unsuccessful 2002 Senate run as well as his son Ted Mondale's 1998 governor for candidate — also unsuccessful.

She had a stint as a vice president of external affairs for Planned Parenthood Minnesota, North Dakota and South Dakota, from 2003 to 2006. After that, she served as chief of staff to Minneapolis Mayor R.T. Rybak before taking the same job with Dayton.

Smith, a soft-spoken, smiling presence at the Capitol, is credited with playing quiet but key roles in the response to the 2007 bridge collapse in Minneapolis and in the building of a new Vikings stadium. Dayton made her his point person on a massive public-private partnership to work with Mayo Clinic on an ambitious expansion in Rochester.

Next year's race to fill the final two years of Franken's term is certain to be one of the nation's most closely watched and expensive. Republicans immediately floated former two-term Gov. Tim Pawlenty as a possible candidate, but many others were said to be weighing a race.

Smith may have competition from her own party as well, with several Democrats who had hoped to succeed Dayton likely to eye the Senate race as well. And her past work with Planned Parenthood in Minnesota and other Midwestern states, where she served as an executive, was sure to become a flash point with Republicans on the campaign trail.

Smith told reporters on Wednesday that she fully intends on running for the seat in the 2018 election to "demonstrate a commitment to this job." Smith said as she focuses on the next couple weeks, she will be moving to Washington on January 1.

In a statement following the announcement, Franken said Smith would make an "excellent United States Senator" adding that he looked forward to "working with her on ensuring a speedy and seamless transition."