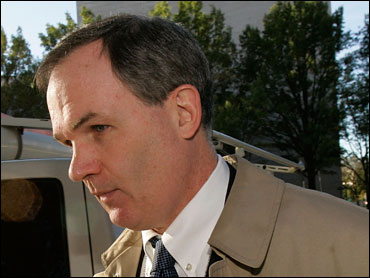 A man who's been bungee jumping even though he doesn't like heights, federal prosecutor Patrick J. Fitzgerald will go a long way to challenge himself.

The attorney behind the CIA leak investigation has taken on Democrats at Chicago City Hall as well as Republicans at the White House in a career that has included chasing terrorists and the mob. An old friend called him "Elliot Ness with a Harvard law degree and a sense of humor."

CBS News correspondent Jim Axelrod reports that when it came to picking a special counsel for the high-stakes CIA leak case,

it was a no-brainer (video)
, according to Fitzgerald's former boss, who says Americans should know that he is a top-notch attorney.

"What they ought to know first of all is they wish that this guy were cloned and every prosecutor in the United States could be just like him," said Mary Jo White, a former U.S. attorney.

The 44-year-old New Yorker, now Chicago's chief federal prosecutor, is digging into Chicago Mayor Richard M. Daley's political empire, and corruption charges are flowing. At the same time he has been probing the disclosure of a CIA agent's identity in an investigation reaching to President Bush's top aides.

He's also behind the prosecution of former Gov. George Ryan on charges that Ryan steered contracts to friends and insiders in return for free vacations and other gifts while he was Illinois secretary of state during the 1990s.

As the hard-driving son of a Brooklyn doorman jets between Chicago and Washington, he's fast becoming one of the country's best known federal prosecutors.

So intense has been Fitzgerald's probe of payoffs and fraud at City Hall that rumors are flying about a possible effort by politicians to get Fitzgerald out of town. He brushes aside such questions.

"I'm just going to do my job until the telephone rings and somebody tells me not to," he said.

Friends say that even when Fitzgerald is not working, he stretches his boundaries.

U.S. Attorney David Kelley, his co-counsel in some New York cases, says the two of them have gone whitewater rafting, hang-gliding and even bungee jumping in New Zealand.

"Pat's not too big on heights," says Kelley. "I think that Pat likes to challenge himself and that speaks to the richness of his personality."

Axelrod reports that Fitzgerald's 100-hour work weeks became legendary — sleeping in his office and not knowing if his own stove worked since he'd never turned it on. He was even rejected when he tried to adopt a cat because he wasn't home enough.

Fitzgerald says he grew up as part of "a typical Brooklyn, Irish-American group of guys," but he also attended a small private Catholic high school where he studied Latin and Greek.

He graduated Phi Beta Kappa from Amherst College and then from Harvard Law School. After a three-year stint in a private law firm, he joined the U.S. attorney's office in Manhattan, getting in on some high-profile cases and eventually heading the anti-terrorist unit.

In 1993, he helped jail a Gambino crime family capo and three other mobsters for murder, racketeering, narcotics trafficking and other crimes.

He helped send Omar Abdel Rahman to federal prison for the 1993 World Trade Center bombing and conspiring to blow up bridges and buildings.

And he supervised the 1996 trial of three men who plotted to blow up 12 airliners.

Fitzgerald also brought charges that Osama bin Laden and 22 of his followers conspired to murder Americans and were responsible for the August 1998 bombing of two U.S. embassies in Africa. Four defendants went to trial and are serving life.

Axelrod reports that even some who you'd expect to be Fitzgerald's critics are fans: Fred Cohn, an adversary in the al Qaeda bombing case and a liberal trial lawyer with no love for the White House, says he has confidence in Fitzgerald – even if he indicts no one in the CIA leak case.

"I can accept it from Pat because I trust him as a true patriot and as a professional prosecutor," Cohn said.

Since he arrived in Chicago in 2001, dozens of city workers and trucking executives have been indicted in a payoff investigation, including the former boss at the city water department who was a political powerhouse.

In April, agents raided City Hall and came away with piles of records — resulting in fraud charges against two city officials from the mayor's family's home ward. They are accused of violating a long-standing court order against using politics as a basis for hiring workers.

Daley, whose father built the Chicago Machine with Election Day get-out-the-vote workers who held patronage jobs on the city payroll, says he is determined to reform hiring. But he emphasized that "for more than 30 years, through six administrations, such violations have been treated as civil matters — until now."

Matthew Piers, an attorney who has gone up against Fitzgerald, says he's overzealous.

Piers represented Enaam Arnaout, the head of a defunct Muslim charity whom Fitzgerald charged with funneling aid to al Qaeda. He said Fitzgerald, using an old photo showing Arnaout with bin Laden, hyped charges against his client as fear swept the country after the Sept. 11, 2001, terrorist attacks.

Arnaout made a last-minute deal to plead guilty to defrauding his donors. He is serving 11 years.