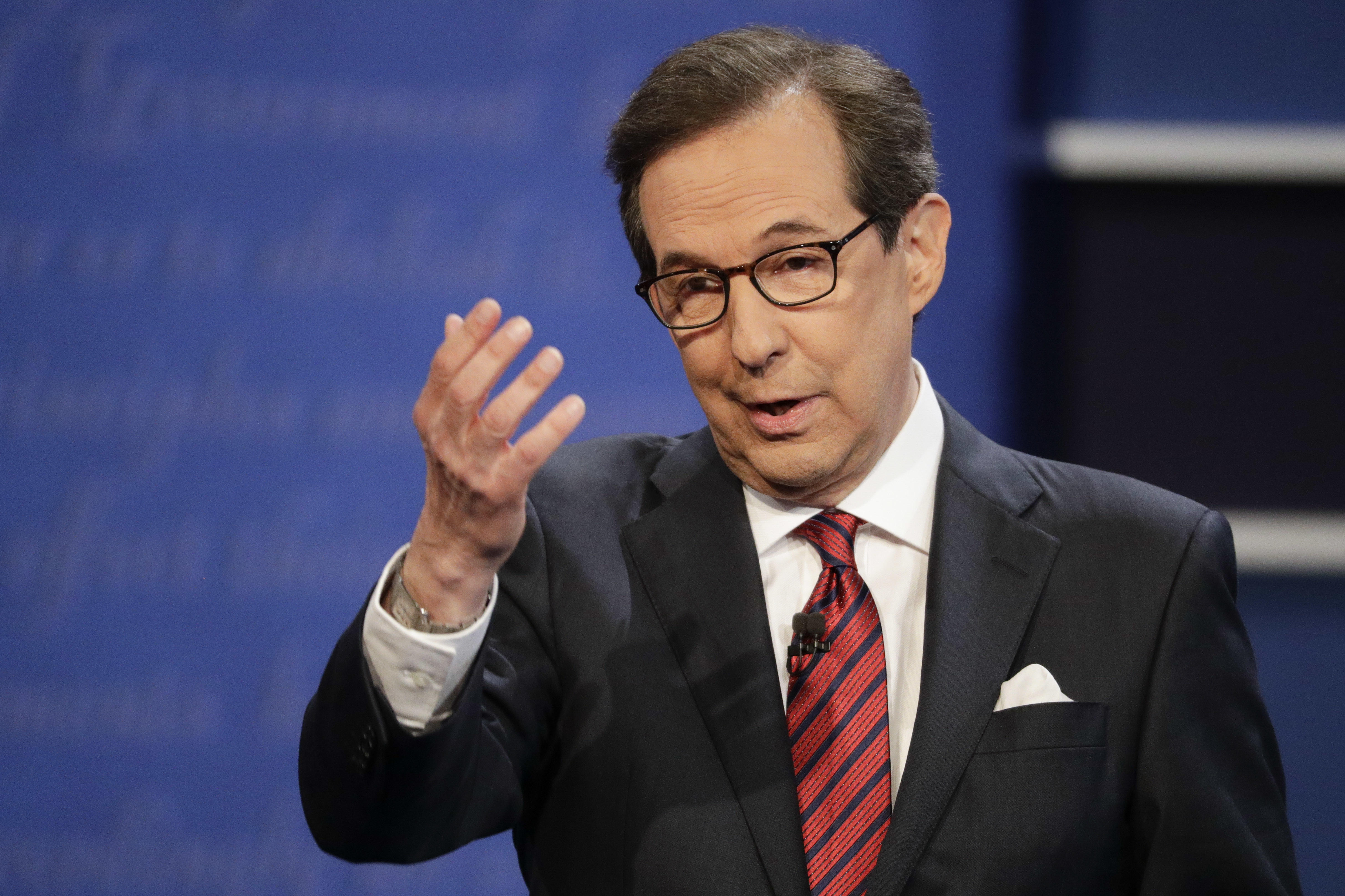 As with most presidential debates, the candidates take the spotlight. But there’s usually interest in another key figure occupying the stage: the moderator.  For the third and final presidential debate of the 2016 election at the University of Nevada, Las Vegas, the honor of moderating goes to Chris Wallace, the 69-year-old anchor of “Fox News Sunday.”

Here’s five things to know about him:

1. He said his job as moderator isn’t to be “truth squad”

After the announcement that Wallace would be the final 2016 presidential debate moderator, he sat down with Fox News colleague Howard Kurtz to discuss his role. In the September interview, Wallace told Kurtz he viewed his role as moderator like being a referee in a heavyweight championship bout.

“If it succeeds, when it’s over, people will say ‘You did a great job. I don’t ever remember you ever even being on the stage,’” Wallace said.

Kurtz then asked Wallace what he will do if Clinton and Trump make false assertions during the debate.

Wallace told Kurtz he really wants the debate to be as much about the candidates engaging as possible.

“Frankly, with these two... I suspect I am not going to have any problem getting them to engage with each other,” he said. “I don’t view my role as ‘truth squading.’ I think that is a step too far, and if people want to do it after the debate, fine. It’s not my role.”

While Wallace has said his job as moderator isn’t to be the “truth squad,” he backtracked a bit in an interview with Fox News’ Brit Hume after NBC News’ Matt Lauer hosted a forum with Clinton and Trump that received criticism.

“Well, look, I don’t know exactly what I am going to do in the moment, but my disposition is, I would rather have the two candidates speaking to each other, than speaking to me,” Wallace said.

Wallace aims to quickly give the other candidate the opportunity to pick up on what appears to be a factual mistake.

“I’m not saying if they don’t, I won’t, but that would certainly be my preference,” he said.

And Wallace has previously pointed out inaccuracies from candidates.

As CBS News’ Emily Schultheis noted, in April, after Wallace had moderated one of the GOP primary debates, he told the Washington Post that he had anticipated that Trump would argue that the U.S. could solve its deficit problems with massive cuts to the Education Department and to EPA.

But Wallace pointed out to him that those two entire budgets combined add up to $86 billion, a fraction of the $544 billion U.S. deficit. A lengthy discussion of Trump’s proposed cuts ensued, and were all showcased by graphics Wallace had ordered in advance, in anticipation that Trump would be consistent in his arguments about the deficit.

In the end, Wallace told him, “Mr. Trump, your numbers don’t add up.”

3. He is the first Fox News general election debate moderator

“I am very proud to be a representative of Fox,” he told Kurtz in September. “This is the first time any journalist from Fox has ever been chosen to moderate a general election debate. So I’m very proud for that.”

Wallace has had a little practice this cycle, having joined Fox’s Bret Baier and Megyn Kelly in moderating Fox’s GOP primary debates.

He’s also no broadcast novice. Wallace recently celebrated 50 years in the industry, according to his bio on Fox News’ website. He joined the network in 2003, after 14 years at ABC News. Prior to joining ABC, Wallace was NBC News’ chief White House correspondent. He started his career in print.

In 2006, The Washington Post reported that Wallace had been a registered Democrat for more than two decades.

The Post’s story on his political party affiliation, discovered using public records, came after Wallace responded to a reporter’s question about his affiliation as, “None of your business.”

Wallace told the Post that he was a registered Democrat in order to be able to vote in the primaries.

“The reason I’m a registered Democrat is that in Washington, D.C., there is really only one party,” he told the Post. “If you want a say in who’s going to be the next mayor or councilman, you have to vote in the Democratic primary.”

In that same interview, he also told the Post that he votes in elections.

“Look, some people think [journalists] shouldn’t vote at all -- I think that’s a little silly. ... However I vote personally, I think I’m professional enough that it doesn’t have anything to do with the way I cover the news,” he said.

5. He’s in the family business

Chris Wallace is the son of the late CBS News and “60 Minutes” icon Mike Wallace, however, he did not have a relationship with his father until he was a teenager. In 2012, after his father’s passing, Wallace remembered his father on his show.

Wallace’s stepfather is also a CBS News alum, former CBS News president and newsman Bill Leonard. Chris Wallace has previously referred to his late stepfather as “the single most important person in my life.”