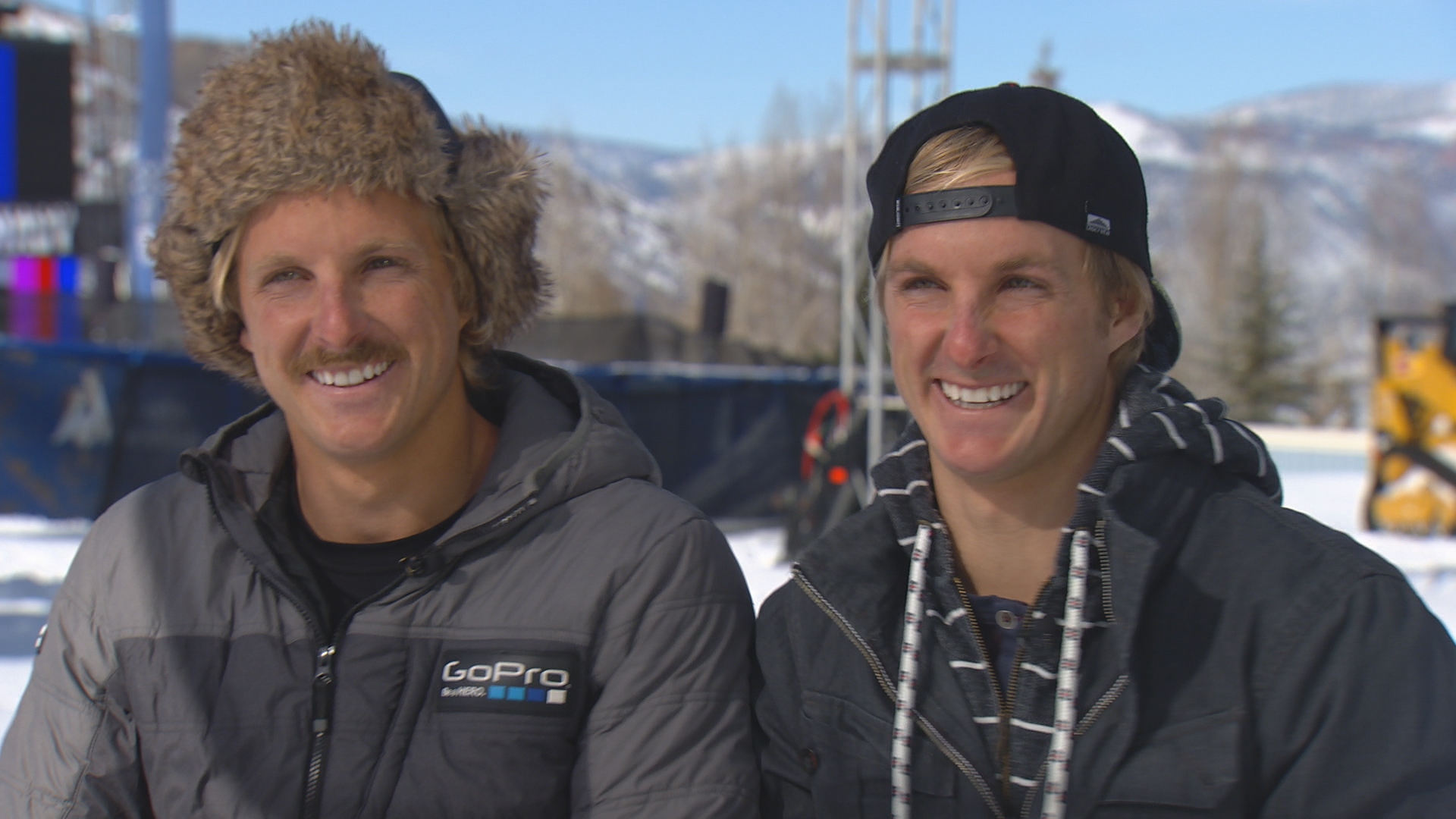 We've all seen videos of extreme athletes pulling insane maneuvers in other-worldly locations, but have you ever thought about how they capture these images?

For every daredevil in front of the lens, there's often another equally adventurous adrenaline junkie behind the camera shadowing the athletes, doing the same stunts but with one eye fixed on getting the shot, like Abe Kislevitz.

"When you see those shots, we're literally six inches to two feet away from them in the air going 30 miles an hour off a 90-foot jump," Kislevitz told CBS News correspondent Don Dahler.

Until a few years ago, Kislevitz was just another USC engineering student with a hobby.

"We just had those original GoPros, and I was putting videos up online on my YouTube channel and the CEO ended up emailing me and saying, like, 'Hey, we love what you're doing and we'd love for you to come work for us,'" Kislevitz said.

That CEO was GoPro founder Nick Woodman, who hired Kislevitz as one of the camera company's earliest employees.

"As we graduated, Nick Woodman just hired us one after the other, so it's pretty much our entire ski team from when we were sophomores and juniors works at GoPro now," Chris said.

"Yeah it's pretty awesome. I don't feel like I'm going to work in the morning," Caleb said.

On the day "CBS This Morning" caught up with them, "going to work" meant their office was the Winter X Games in Aspen, Colorado.

Their job was to shoot point-of-view action footage of competitors, like 23-year-old champion skier Emma Dahlstrom.

"These jumps are pretty big, so to be able to hit this course, you need to know what you're doing on your skis, or board, so, they should have a lot of props for doing what they're doing," Dahlstrom said.

"To be honest, when you're doing a follow cam - like, you're following them -- you're so focused on getting the camera and making sure the shot's perfectly framed and not moving, staying steady in the air, speed," Chris said. "You don't really process exactly what they're doing... I can hardly ever tell you what tricks they did on their run."

In fact, they rarely know what they've got until the end of each run.

While they're working, they try to stay out of the spotlight.

"And so a good job for us is like if they don't know we're there," Chris said.

But every once in a while, they accidentally get some attention - like at last year's X Games, when Caleb fell while following an Olympic gold medalist. The live broadcast was using his feed.

"It was a little embarrassing but you know, we're getting cool shots, so..." Caleb said.

"When he goes back to the trailer, everyone's like, 'Oh! Live TV, we saw you go down!" Chris said.

But for Kislevitz and the others, those butterflies usually disappear with the rushing wind of a downhill run.

"These are the big jumps, this is the big dog playing field, so it's, you get some butterflies in your stomach," Kislevitz said.

"If a kid was going to ask you, 'How do I do what you do?' what would you tell them?" Dahler asked.

"I would probably tell them to follow their passions. I think that's how we all got here and I think that's the best way to get to what you love to do," Kislevitz said.

And although at the end of each slope is a paycheck, these guys believe the real reward is up in the air.

"We have the best seat in the house -- we're in the air with the athletes so, it's pretty rad!" Chris said.