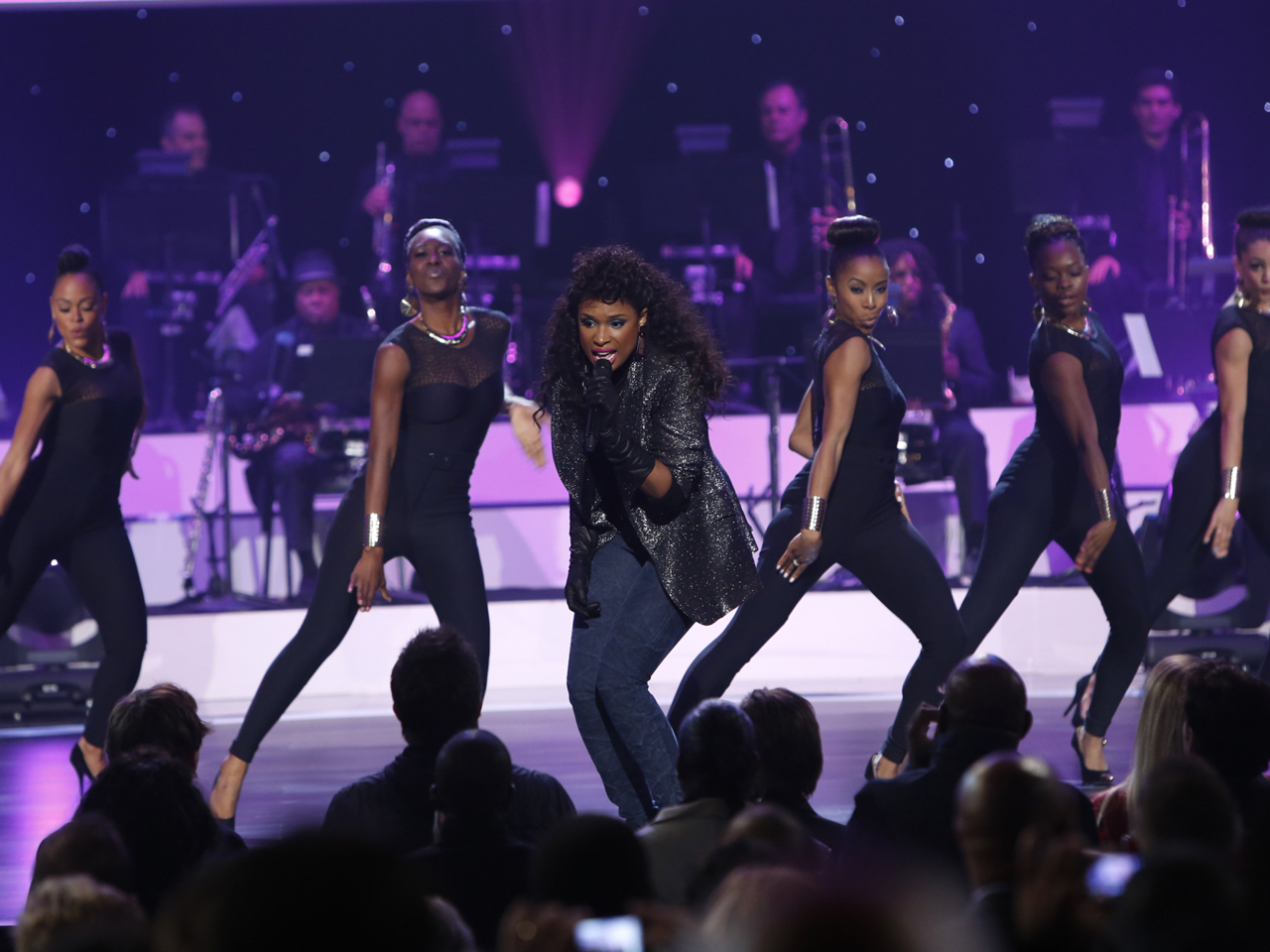 Dubbed "We Will Always Love You: A Grammy Salute to Whitney Houston," the one-hour special, which taped last month at the Nokia L.A. Live Theater in Los Angeles, featured performances and testimonials from stars, ranging from Usher to Yolanda Adams.

Hudson, rocking an 80s-inspired look, kicked off the event with an energetic medley of "I'm Every Woman," "How Will I Know" and "I Wanna Dance With Somebody."

Usher took on "I Believe in You and Me" from "The Preacher's Wife," and Celine Dion sang "The Greatest Love of All." "I can't sing it like you, Whitney," Dion said before her performance.

Spears took the stage to recall the audition that landed her a record deal; she sang Houston's "I Have Nothing."

Berry, a big Houston fan, got choked up during her testimonial.

"She inspired a generation of little girls and women to believe in their own dreams and to know that they had within themselves the greatest gift of all," the actress said. "I was one of those little girls who then became a woman who never ever, ever, stopped loving Whitney Houston."

"I remember being with my little sister when she was like 3 years old. I would always clean the house with a vacuum cleaner and listening to 'I Wanna Dance With Somebody' 24/7," said Spears.

The special showcased highlights of Houston's career, including her Grammy performances and wins, her rendition of the national anthem at Super Bowl XXV in 1991 and her first-ever television appearance on "The Merv Griffin Show" in the early '80s. Rare footage and photographs of Houston also made their way into the tribute.

To coincide with the special, a new best-of collection came out this week, featuring a never-before-released track. A Houston photo tribute book, "Whitney: Tribute to an Icon," will be published on Nov. 27.

Houston died at age 48 in February of accidental drowning. Coroner's officials cited heart disease and cocaine use as contributing factors.