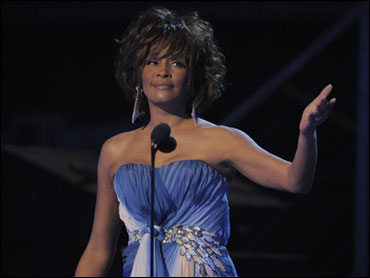 After a long absence from music, Whitney Houston is staging a much-hyped career comeback with an appearance on "The Oprah Winfrey Show."

Houston will be Winfrey's first guest as the television talk-show queen launches her 24th season on Sept. 14. According to her Web site, Oprah.com, Winfrey calls Houston's appearance "the most anticipated music interview of the decade."

The 46-year-old superstar has not done a major TV interview since 2002, when she addressed questions about her drug use from ABC's Diane Sawyer.

She is one of the best-selling artists of all time, but her career stalled as she battled drugs and endured a troubled marriage to Bobby Brown.