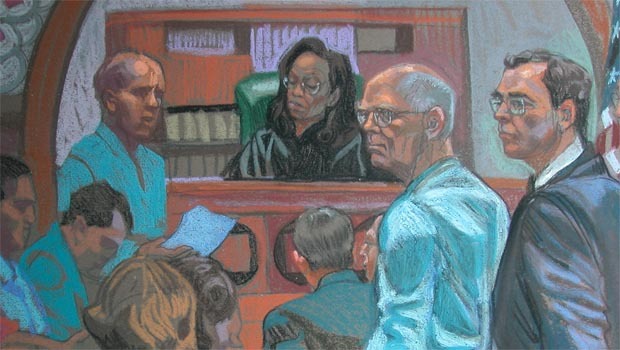 (CBS/AP) EASTHAM, Mass. - While the trial of Boston mob boss James "Whitey" Bulger showed that he committed horrific crimes, testimony also revealed a stunning degree of corruption in the U.S. Department of Justice that enabled the man who was eventually labeled as the FBI's most wanted fugitive to operate in the city for years, a juror said.

Janet Uhlar-Tinney, a pediatric nurse and fiction writer from Cape Cod, is one of the 12 jurors who convicted Bulger. She feels the trial was tainted because of government corruption, including an FBI agent who leaked to Bulger details of an investigation targeting the mobster and who eventually tipped him off that he was about to be indicted - causing the mob boss to go on the run for more than 16 years until he was captured in California in 2011.

Bulger has claimed a now-dead federal prosecutor gave him immunity.

Failure by prosecutors to provide sufficient evidence to back allegations by former mobsters who testified against Bulger made it impossible for jurors to determine without reasonable doubt that he killed eight of 19 victims, Uhlar-Tinney said.

"Two of the murder cases, as I recall, we just, we maybe had a name in testimony, kind of just a sentence and that was all we had to go with. Then the only evidence we had were pictures of a dead body or, you know, a car that was all shot up, so we just couldn't really say one way or the other," she said.

Uhlar-Tinney said many jurors were shaking when the verdict was handed down Monday. The 83-year-old Bulger faces life in prison. Defense attorney J.W. Carney Jr. says his client intends to appeal because the judge didn't let him present an immunity defense.

The trial was nerve-racking for jurors, with some losing weight because they were too stressed to eat and others having trouble sleeping or experiencing nightmares because of the testimony they heard, Uhlar-Tinney said.

U.S. Attorney Carmen Ortiz said she hoped the verdict marked "the end of an era that was very ugly in Boston's history."

For the jurors, though, the case did not give them closure, Uhlar-Tinney said.

"We felt bad for the families of the victims for the ones that we came back with the `not proven' and somehow want to make them understand that us saying `not proven' was not saying he was innocent," she said. "It was saying the prosecuting attorneys did not do enough to bring us information that we could make a decision without reasonable doubt."