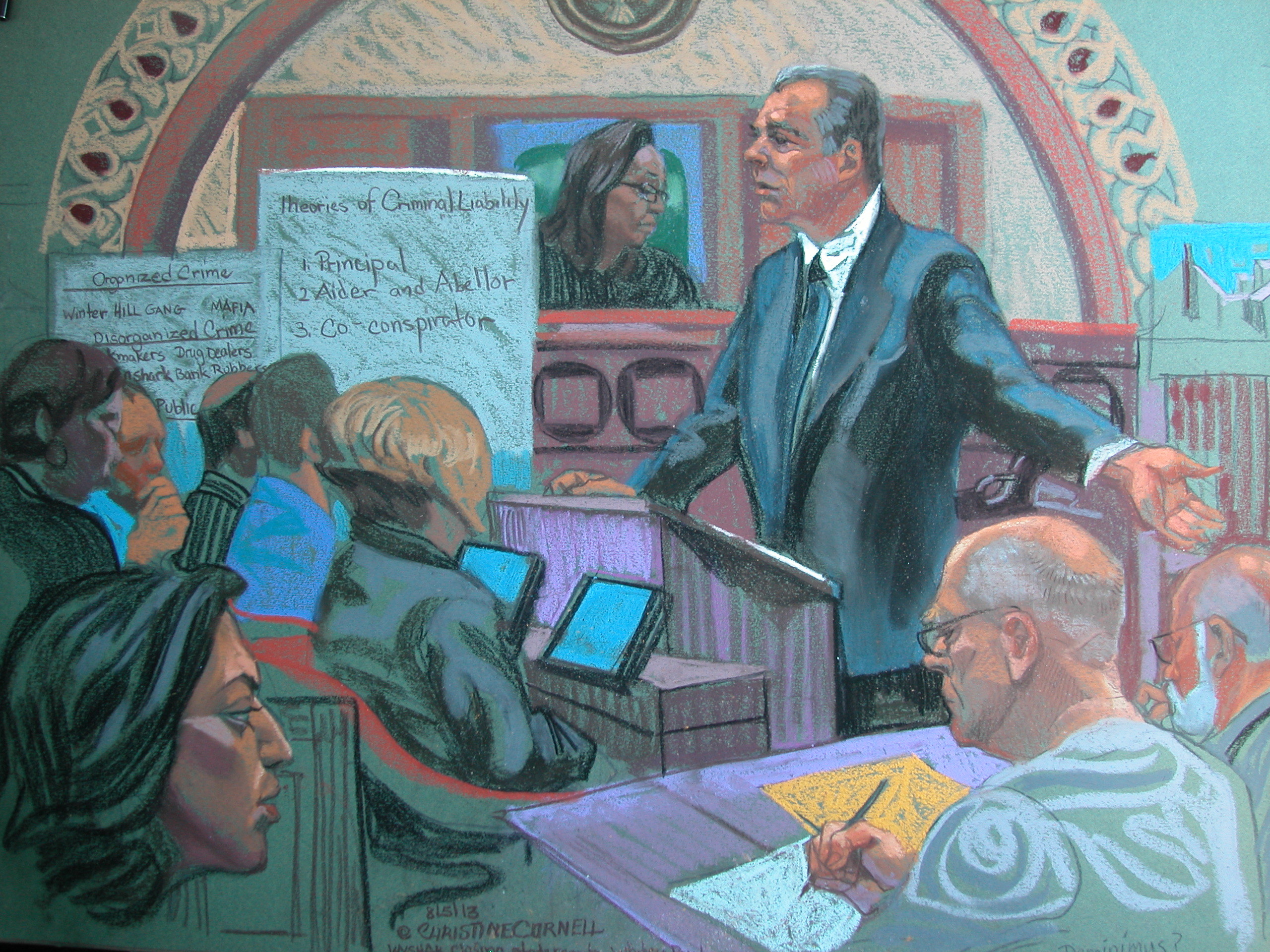 (CBS/AP) BOSTON -The jury in the federal racketeering trial of reputed mob boss James "Whitey" Bulger has gone home for the day without reaching a verdict.

The jury of 12 began deliberating shortly before 11 a.m. Tuesday and were dismissed by a judge around 4:30 p.m.

On Monday, they heard closing arguments from prosecutors and defense attorneys.

Bulger is charged in a sweeping indictment that includes 19 murders, extortion, conspiracy, and multiple money-laundering and weapons counts.

Before they began deliberations Tuesday, US District Court Judge Denise J. Casper told jurors they must determine whether Bulger is guilty beyond a reasonable doubt of each of the dozens of charges he faces.

"Members of the jury, it is now time for the case to be submitted to you,'' Casper said, according to Boston.com.

Bulger is charged with orchestrating or committing the killings during the 1970s and `80s while he allegedly led the notorious Winter Hill Gang, a crew of mostly Irish-American gangsters.

In the 32-count racketeering indictment, Bulger is accused of being a hands-on boss who killed anyone he saw as a potential rival or danger to the gang. He is accused of shooting or strangling some of the victims himself. In other cases, he allegedly ordered the slayings, or participated in some other way.

In her instructions to jurors, the judge said they should consider whether certain witnesses received benefits from the government and whether they could have a motive to make up stories.

"You may believe all of the testimony of a witness or some of it or none of it," Casper said.

The jury heard testimony from 72 witnesses during the eight-week trial.

Bulger faces a maximum sentence of life plus 30 years, the same sentence his former partner, Stephen "The Rifleman" Flemmi, is now serving.