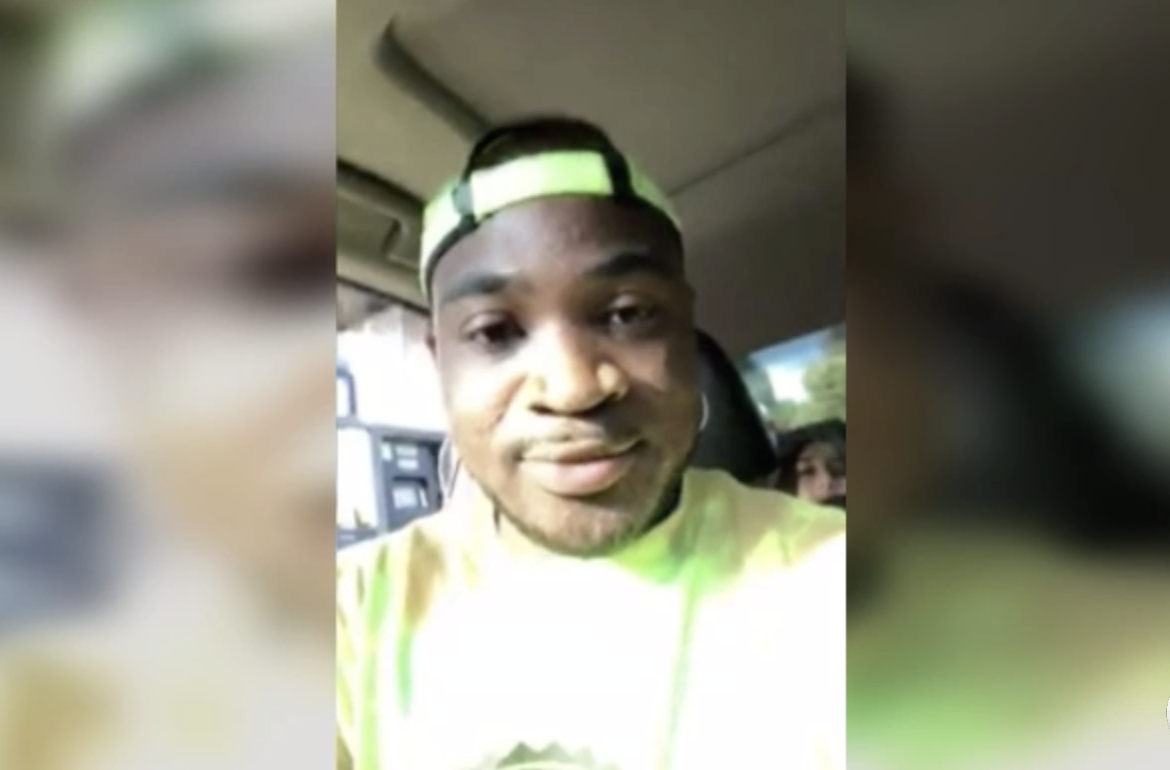 A black man in Cobb County, Georgia, says a woman followed and harassed him while he was babysitting two white children. The woman apparently called police after seeing him with the kids.

The man, Corey Lewis, documented the ordeal on Facebook Live. He doesn't say the ethnicity of the woman, but CBS affiliate WGCL reports she was white.

"I'm being harassed because I'm with 2 kids that do not look like me," Lewis wrote on Facebook.

He filmed the two kids -- a boy and a girl -- in the back seat of his car. He then flipped the camera on a nearby vehicle.

"This lady across the street, she asked to see the little girl that I'm with so she could ask her if she knows who I am," Lewis said in the video.

Lewis said the woman was "harassing" him in Walmart.

Lewis is a youth development specialist who runs his own organization for providing enrichment to socially challenged youth. His Marietta-based business, Inspired by Lewis, provides group classes and camp programs to teach kids life skills and self-awareness, and to empower youth, according to its website.

The boy who was with Lewis is enrolled in Inspired by Lewis. The girl is the boy's older sister, and their parents, David Parker and Dana Mango, told CBS affiliate WGCL that they arranged for Lewis to babysit their kids weeks ago.

In a second video Lewis posted on Facebook, an officer is seen pulling up in a cop car and talking to Lewis.

Lewis explained what happened: "I got two kids I'm babysitting ... [the woman] started talking about 'Are the kids okay?' Why wouldn't they be okay? No one's yelling, no one's screaming, no one's trying to run away."

The video shows the officer ask to speak to the kids. "He's babysitting us," the girl told the officer.

The officer asked the kids if they were okay and they said yes. Lewis explained his business, Inspired by Lewis, and an unidentified woman walked over to the officer and vouched for Lewis. "This is his life," the woman said, referring to Lewis' business.

The police officer let Lewis and the kids go and later called the kids' parents. Parker and Magno told WGCL they were in disbelief.

"I said, 'Are you saying that because there's an African American male driving my two white kids, that he was stopped and pulled over and questioned?' And he said, 'I'm sorry ma'am that's exactly what I'm saying,'" Mango told WGCL.

The parents say this is a case of "BWB" -- babysitting while black. They believe this is the reason the woman called the cops on Lewis.

Parker and Mango said they don't believe that the woman was trying to protect their children because they never showed any signs of being in danger.

The two videos of the ordeal that Lewis posted on Facebook went viral. He also posted a screenshot of text messages from Mango.

"Well the kids just told me they have the most fun ever!" the mother wrote after Lewis dropped off her kids.