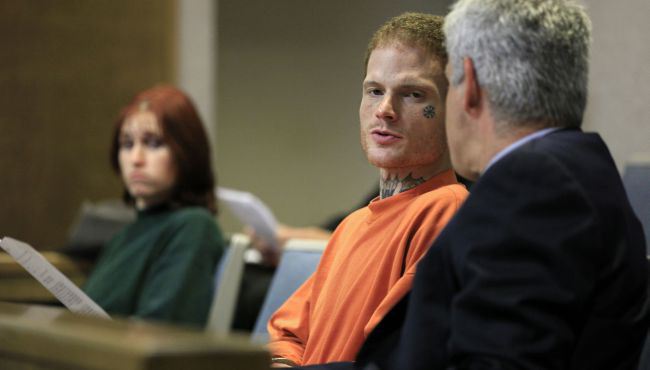 PORTLAND, Ore. - White supremacist David "Joey" Pedersen has been sentenced to life in prison for the carjacking murders of an Oregon teenager he mistakenly thought was Jewish and of a black man in Northern California.

Pedersen, 31, told those in the Portland federal courtroom that Monday's sentencing was "rather anti-climactic," because he had already been sentenced to life in prison in Washington state for the deaths of his father and stepmother.

Pedersen and his girlfriend, Holly Grigsby, committed the multistate crime rampage during nine days in 2011. Grigsby was sentenced to life in prison last month.

Pedersen made a lengthy statement to the court in which he blasted police, prosecutors and American foreign policy. His sister, Holly Perez, shouted at him to "shut up."