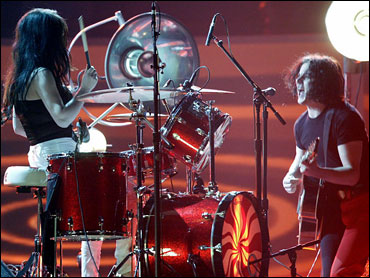 The White Stripes have canceled all remaining tour dates through the end of the year, including fall dates in Britain.

"They thank you for your understanding and well wishes," said a posting on the duo's Web site.

Singer-guitarist Jack White and drummer Meg White had previously canceled their September shows, saying "Meg White is suffering from acute anxiety and is unable to travel at this time."

Spokeswoman Chloe Walsh, in an e-mail Tuesday to The Associated Press, said she had no further comment on the tour cancellation and White's illness.

Ticket holders can get refunds at the point of purchase, the Web site said, except for the Austin City Limits Festival, which is nonrefundable because it is a festival.