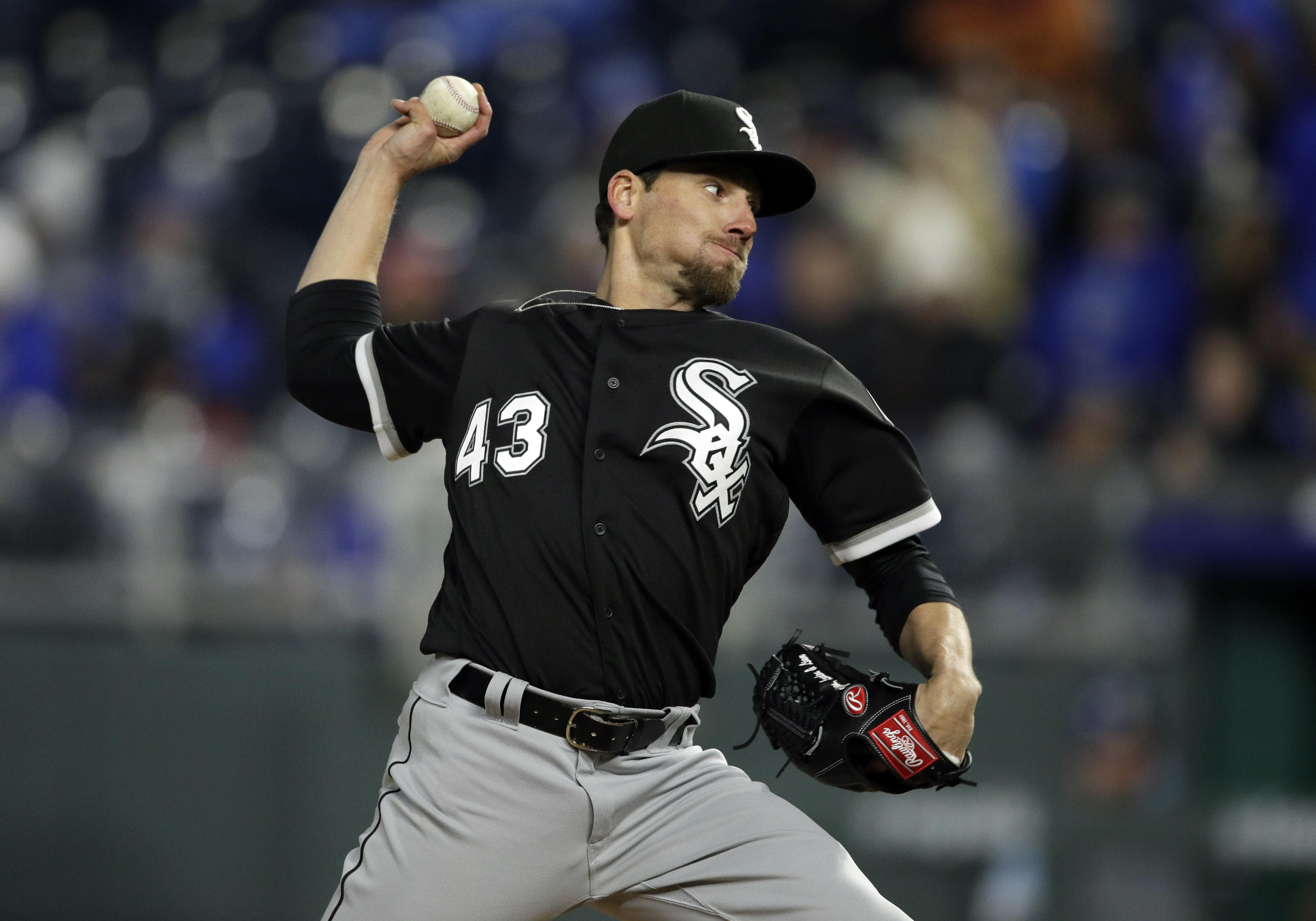 CHICAGO -- White Sox reliever Danny Farquhar is talking to his doctors and family after surgery over the weekend to address a ruptured aneurysm that occurred during Friday night's game against Houston.

Farquhar, a married father of three children, remains in critical but stable condition in the intensive care unit at Rush University Medical Center. The team announced Monday the 31-year-old right-hander is expected to remain hospitalized for the next few weeks.

Farquhar passed out in the sixth inning Friday night after getting two outs against Houston. He was helped by team medical personnel and on-site EMTs, and he regained consciousness before he was taken to a hospital by ambulance.

Additional testing revealed a brain hemorrhage caused by a ruptured aneurysm. He had surgery Saturday to address the aneurysm, and the team reported his medical team felt he was "progressing well." He has use of his extremities and is responding to questions and commands, according to the team.

CBS News spoke to Dr. Babak Jahromi, a professor of neurosurgery at Northwestern Memorial Hospital, to see if there are any warning signs for the type of ruptured aneurysm Farquhar suffered from.

"There generally isn't until the aneurysm leaks and at that point patients experience a sudden severe headache," Dr. Jahromi said.

He also said they're not uncommon.

"About two percent of the population will have them, so in a room of 50 at least one person has a brain aneurysm. They may not know about it," Jahromi said.

Farquhar was selected by Toronto in the 10th round of the 2008 draft and made his major league debut with the Blue Jays in 2011. He is 10-15 with a 3.93 ERA in 253 career relief appearances with Toronto, Seattle, Tampa Bay and Chicago.

"Nothing really matters as far as baseball goes right now," White Sox pitcher James Shields said. "As long as we know one of our brothers is doing better."

Shields said he has heard from several players concerned about Farquhar's well-being. Seattle had a Mariners jersey with Farquhar on the back hanging in its dugout on Monday night.

"Our guys speak very, very highly of Danny," Mariners manager Scott Servais said. "They talk about the personality and the energy and the type of teammate he was. Certainly, we feel bad for him. The word I got is he's improving, and I know our guys are happy that's moving in the right direction."

Farquhar was transferred to the 60-day disabled list before the series opener against the Mariners. The White Sox also placed right-hander Miguel Gonzalez on the 10-day DL with rotator cuff inflammation, and promoted right-hander Chris Beck from Triple-A Charlotte.

The White Sox said anyone interested in passing along any messages or letters of support to Farquhar should address mail to him at Guaranteed Rate Field.