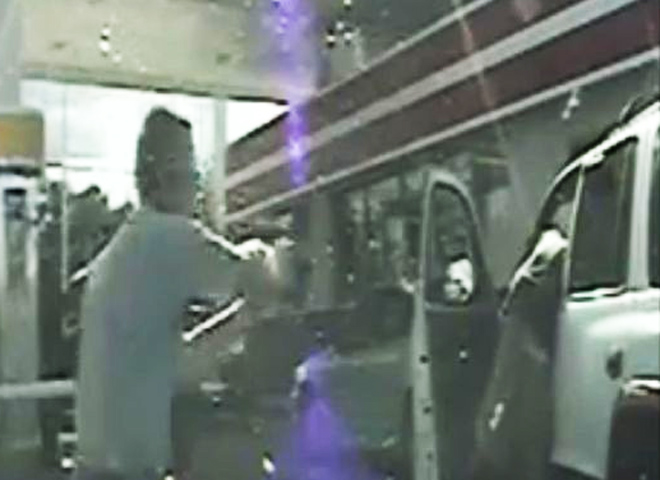 COLUMBIA, S.C. -- A white South Carolina trooper pleaded guilty Monday to assault and battery of a high and aggravated nature in the 2014 shooting an unarmed black driver seconds after a traffic stop.

Trooper Sean Groubert, 32, faces up to 20 years in prison. The shooting captured on dash-cam video from the trooper's patrol car shocked the country, coming during a wave of questionable police shootings.

Levar Jones was walking into a convenience store in September 2014 when Groubert got out of his patrol car and demanded Jones' driver's license.

Jones turned back to reach into his car and Groubert fired four shots. Jones' wallet is seen flying out of his hands.

Jones was shot in the hip and survived. He walked into the courtroom Monday with a noticeable limp and played with a Rubik's Cube before the hearing started.

Video of the encounter was played in the courtroom and showed Groubert pulling up to Jones without his siren on, and the trooper asking Jones for his license after he also was out of his car.

As Jones turns and reaches back into his car, Groubert shouts, "Get outta the car, get outta the car." He begins firing and unloads a third shot as Jones staggers away, backing up with his hands raised, and then a fourth.

From the first shot to the fourth, the video clicks off three seconds.

As Jones cried in pain waiting for an ambulance, he repeated: "Why did you shoot me?"

Through Jones' painful groans, Groubert replied: "Well, you dove head first back into your car."