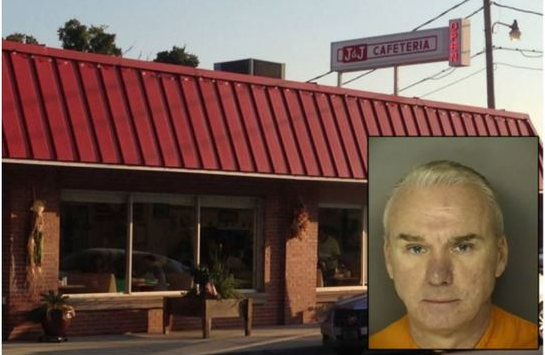 Between 2009 and 2014, prosecutors said that he admitted using violence, threats, isolation and intimidation to compel a man with an intellectual disability to work for more than 100 hours a week without pay.

Authorities have said Edwards used force and threats to force John Christopher Smith to work as a J&J Cafeteria cook from 2009 until 2014. Court documents describe beatings with a belt, choking, slapping, punching with a closed fist and burning with tongs used in hot grease.

Smith has been diagnosed with delayed cognitive development resulting in intellectual functioning significantly below average. In a lawsuit against Edwards and the restaurant owner, who is Edwards' brother, Smith said he wasn't paid or given time off or benefits.

The suit also accused Edwards of repeated abuse, saying he hit Smith with objects including a frying pan and forced him to work, to the point that the man was so weak he had to be carried home.

Records show Edwards was later dismissed from the lawsuit.

Edwards faces up to 20 years in prison and $250,000 in fines when he's sentenced later, as well as mandatory restitution to Smith. His attorney didn't respond to an email seeking comment on the case.