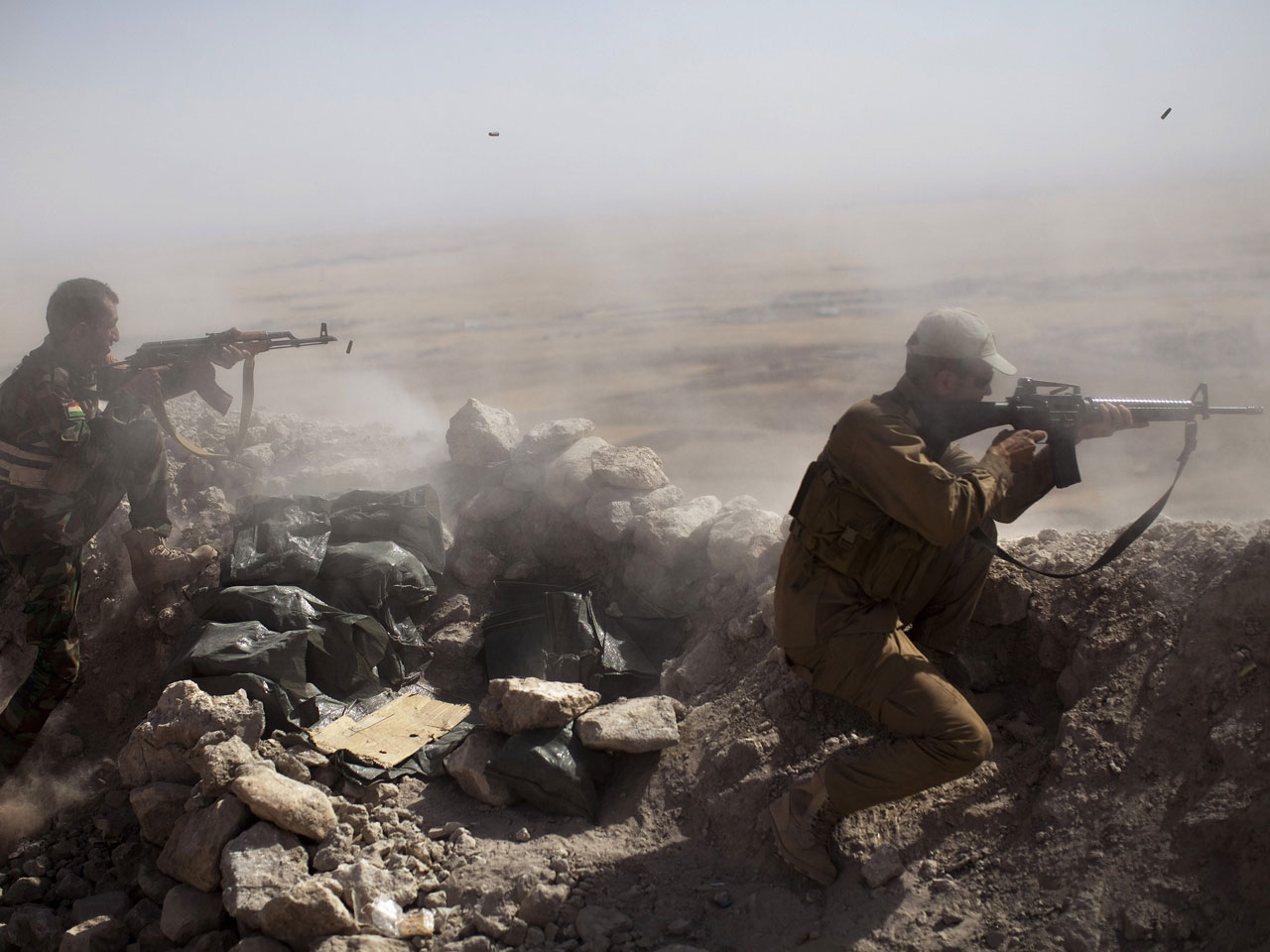 A day after Secretary of State John Kerry cautioned against "war fever," administration officials on Friday said the U.S. is indeed waging a war against the Islamic State of Iraq and Syria (ISIS, otherwise known as ISIL).

However, the administration is still trying to draw a distinction between this new "war" and the previous war the U.S. waged in Iraq, which included putting American troops on the ground in Iraq for combat operations.

"The United States is at war with ISIL in the same way that we are at war with al Qaeda and its al Qaeda affiliates all around the globe," White House spokesman Josh Earnest said Friday.

"The president has been clear that American ground combat troops would not be deployed into Iraq and Syria," Earnest said. "The president has indicated how serious he is about building a true international coalition where you will have governments in the region and our allies around the world contributing to this broader effort to deny ISIL a safe haven in Iraq and Syria."

Pentagon Press Secretary Navy Rear Adm. John Kirby also said Friday, "This is not the Iraq war of 2002. But make no mistake, we know we are at war with ISIL in the same way we're at war and continue to be at war with al Qaeda and its affiliates."

In an interview with CBS News State Department Correspondent Margaret Brennan on Thursday, Kerry rejected the use of the word "war" to describe the fight against ISIS.

While he rejected the term "war," Kerry agreed the fight is "not dissimilar to what we've been doing the last few years with al Qaeda in Afghanistan and Pakistan and in Yemen and elsewhere."

"The fact is, ISIL has indicated that they're ready to go to war against the world," he said. And this president, as is expected of American presidents, is stepping up to lead an international coalition to confront that threat and to deny ISIL a safe haven. And ultimately, this international coalition will be responsible for degrading and destroying ISIL."