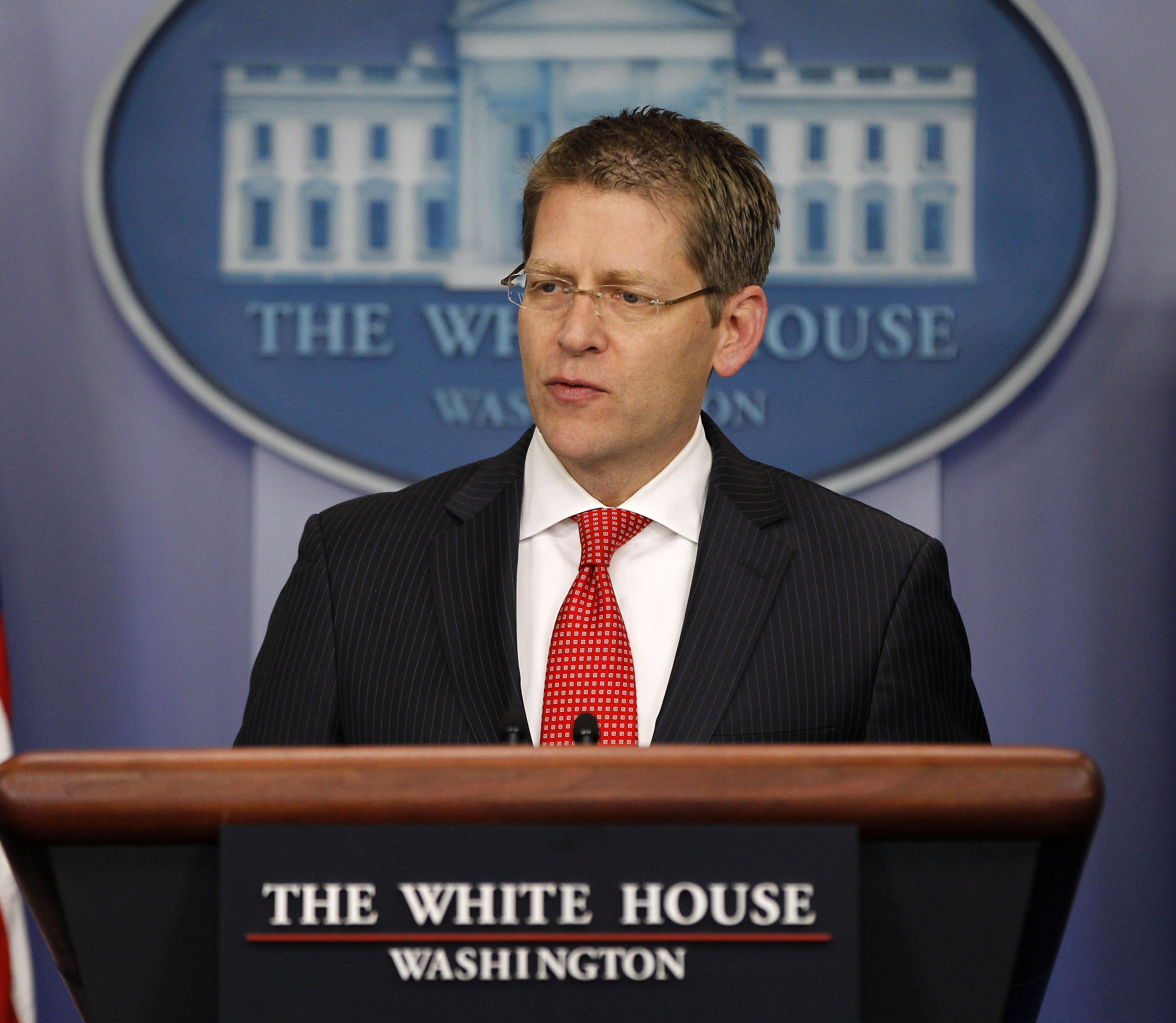 (CBS News) House Speaker John Boehner on Tuesday seemingly drew a new line in the sand over the nation's debt and the federal budget, but the White House on Wednesday said Republicans must accept a "balanced approach" to the budget that includes tax increases and spending cuts.

"We're not going to recreate the debt ceiling debacle of last August," White House press secretary Jay Carney told reporters today. He added that it's "not acceptable to hold the American and global economy hostage to one party's ideology."

President Obama today met over lunch with Boehner, House Democratic leader Nancy Pelosi, Senate Majority Leader Harry Reid and Senate Republican leader Mitch McConnell. In the meeting, Boehner brought up the issue of debt -- Congress by the end of the year will have to once again raise the debt ceiling (the nation's borrowing limit). Yesterday, Boehner said that when the time comes, "I will again insist on my simple principle of cuts and reforms greater than the debt limit increase."

The remarks suggest Congress could wind up in a showdown like last year, raising the prospect the U.S. could default on its debt, or as Carney put it, "risk tanking the American economy."

Boehner told reporters today, "I am not threatening default."

In a readout from today's meeting with the president, Boehner's office said the speaker asked Mr. Obama if he is proposing that Congress pass a debt limit increase that does not include any spending cuts to help reduce the deficit. "The President said, 'yes,'" the readout says. "The Speaker told the President, 'as long as I'm around here, I'm not going to allow a debt ceiling increase without doing something serious about the debt.'"

After the meeting, Pelosi defended the president's position, suggesting Boehner's office mischaracterized it.

"It wasn't that the president said, as is characterized there, that he won't have any cuts -- no," she said. "We know there have to be cuts. There has to be revenue."

Carney today noted that Mr. Obama has already made significant compromises in last year's Budget Control Act, the legislation that came out of last year's debt limit crisis. As part of that deal, Mr. Obama signed into law $2 trillion in non-defense discretionary spending cuts, bringing that portion of the budget to its lowest level since Dwight Eisenhower was president.

Carney argued that the "emerged consensus" from the prolonged debate over deficits and debt is that there should be a "balanced approach" that includes spending cuts, entitlement reforms and increased revenues from taxes.

"The primary stumbling block to bipartisan cooperation is the absolute intransigence, the absolute refusal of Republicans to accept... that we need a balanced approach to this," he said.

According to a Senate Democratic aide, Reid said at the meeting that any discussion of the debt ceiling was premature at this point -- Congress should first let the $1.2 trillion in across-the-board cuts go into effect or replace it with a "balanced agreement that pairs smart spending cuts with revenue measures asking millionaires to pay their fair share." The $1.2 trillion in cuts are the result of the Budget Control Act, but Republicans strongly oppose the cuts targeting defense spending.

The aide said that Reid "thought it was unfortunate to see Republican leaders engaging in the same kind of brinksmanship that led to a slump in economic confidence and a downgrade of the U.S. credit rating last year."

Mr. Obama met with congressional leaders today not to discuss the looming debt ceiling issue but instead to push his "to do" list for Congress -- specifically, his call for Congress to pass a 10 percent tax credit for small businesses that create new jobs or increase wages.

Before heading to the meeting, Mr. Obama stopped at Taylor Gourmet, a local sandwich shop in Washington, to meet with small business owners who have grown their businesses with government incentives. The president bought $62.70 worth of sandwiches from the shop for himself and the congressional leaders. Holding up one of the sandwiches, he said, "This is a serious sized hoagie."

Carney added that the president's "to do" list is made up of "the kinds of priorities Republicans and Democrats should be able to come together on."