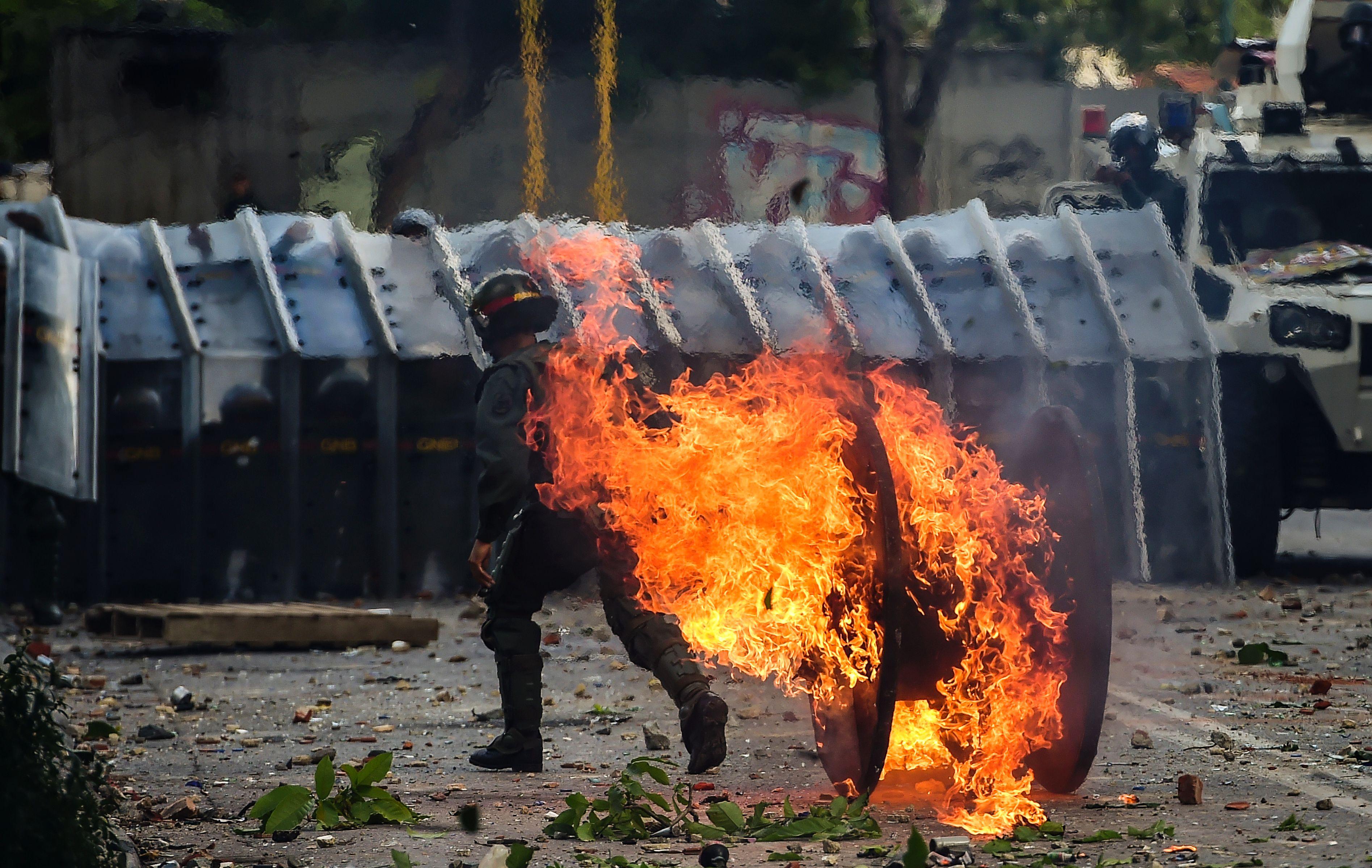 WASHINGTON -- The Trump administration authorized sanctions against 13 current and former officials of the Venezuelan government on Wednesday and threatened harsher action if Venezuela's president goes ahead with a controversial election.

The announcement came four days before the vote to select members to an assembly tasked with rewriting the country's constitution. Venezuela's socialist President Nicolas Maduro established the controversial National Constituent Assembly by decree amid a growing political and humanitarian crisis.

The White House said the election would strengthen Maduro's grip on power and solidify his status as a dictator.

On July 16, over 7 million Venezuelans voted overwhelmingly against establishing the assembly in a symbolic referendum called by the opposition. Opponents believe the assembly is meant to circumvent the Venezuelan parliament and act as a rubber stamp for Maduro. Maduro called the vote illegal.

The individuals targeted by the Treasury Department include the vice president of Venezuela's state owned oil company, the national police chief, the national elections director, the country's ombudsman and the Venezuelan army chief. In a statement, Treasury Secretary Steven Mnuchin threatened further sanctions against anyone elected to the National Constituent Assembly.

During a briefing with reporters on Wednesday outlining the sanctions, a senior White House official called the upcoming election a "critical line that if crossed could be the end of democracy in Venezuela."

"Designations that the U.S. will be making this afternoon reflect the U.S. commitment to use all the economic diplomatic and legal tools available to us to respond to extraordinary threats Venezuela's democratic institutions face," the official said.

The official also said President Trump is considering even tougher action targeting the Venezuelan economy if Maduro presses ahead with the Sunday vote. Those measures could include a ban on Venezuelan gas imports, the White House said, which could further cripple the oil-rich nation's economy.

Maduro showed no signs of backing down on Wednesday.

On Twitter shortly after the sanctions were announced, Maduro retweeted an interview with RT in which he said he will not suspend the election, slated for Sunday. Maduro said opposition members should compete in the election and join the National Constituent Assembly.

Maduro later appeared on national television to present the sanctioned officials with swords. He called the U.S. sanctions "insolent" and said the assembly will be Venezuela's "revenge."

The Venezuelan president came to power in 2013 after the death of Hugo Chavez. Under Maduro's watch, Venezuela's economy has careened off a cliff. Economic mismanagement and corruption have led to food shortages that have left millions on the verge of starvation.

Over 100 protesters have been killed during clashes over the past four months, and the U.S. estimates 430 political prisoners are currently being held by Maduro's regime.

Maduro has claimed that the Constituent Assembly, which has the power to rewrite the constitution, is the only peaceful way forward for the volatile nation.

Administration officials would not comment on the effect sanctions may have in the case of Josh Holt, a 25-year-old American who has been imprisoned in Venezuela for over a year. During Wednesday's briefing, the official said the White House "once again called for his immediate release on humanitarian grounds."