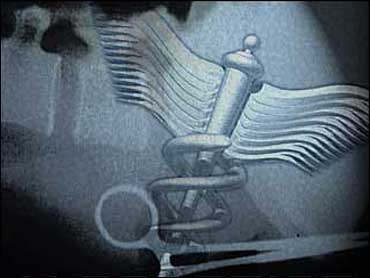 The Obama administration on Thursday announced $25 million in grants to states and health care systems to launch a national experiment on alternatives to costly medical malpractice lawsuits, wading into a political issue that has long divided Washington.

The White House said the grants will be up to $3 million each for three years. They can be used to examine a broad range of ideas, including programs in which doctors and hospitals quickly acknowledge a mistake, offer an apology and restitution, and pledge to take corrective action to avoid harming future patients.

The Health and Human Services Department will conduct a review of existing programs to determine what works and which ones deserve grant money.

The issue of how to rein in the costs associated with medical malpractice, from expensive lawsuits to sky high premiums paid by doctors, has pitted lawmakers and interest groups against each other for years.

Doctors groups, with the support of conservatives, have pushed for national limits on jury awards for pain and suffering. Trial lawyers, with the backing of Democrats, argue that such action would harm aggrieved patients and their families seeking restitution.

The announcement Thursday follows President Barack Obama's pledge in his speech last week to take on the issue. The president said that while he doesn't see malpractice changes as a "silver bullet," he's talked to enough doctors to suspect that fear of litigation contributes to unnecessary costs.

At the White House, Health and Human Services Secretary Kathleen Sebelius said Washington should learn from what states are doing on this subject.

"States are the laboratories of innovation," said Sebelius, a former governor of Kansas.