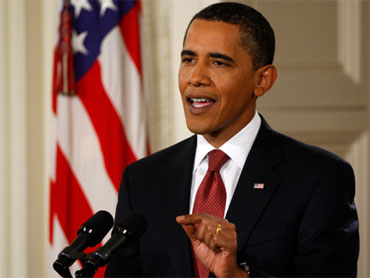 "Let me be clear," Gibbs said, according to a pool report. "He was not calling the officer stupid, okay? He was denoting that . . . at a certain point the situation got far out of hand, and I think all sides understand that."

But while Gibbs can claim the president didn't call the officer "stupid," it's undeniable that Mr. Obama said the Cambridge police "acted stupidly." Here's the full quote:

"I think it's fair to say, number one, any of us would be pretty angry. Number two, that the Cambridge police acted stupidly in arresting somebody when there was already proof that they were in their own home. And number three - what I think we know separate and apart from this incident - is that there is a long history in this country of African-Americans and Latinos being stopped by law enforcement disproportionately, and that's just a fact."

As the White House is trying to fine tune Mr. Obama's remark about the Gates incident, Sgt. James Crowley, the officer who arrested the Harvard professor, said he was disappointed by the president's characterization.

"I support the president to a point, yes, I think it's disappointing that he waded into what should be a local issue and something that plays out here," Crowley told WEEI. "As he himself said ... he doesn't know all the facts."

There will be more to come as this plays out on national and local stages, and the meaning of "stupid" will be debated as the facts come out from each side. Mr. Obama said he didn't have all the facts. Perhaps he soon will....

Daniel Farber contributed to this report.