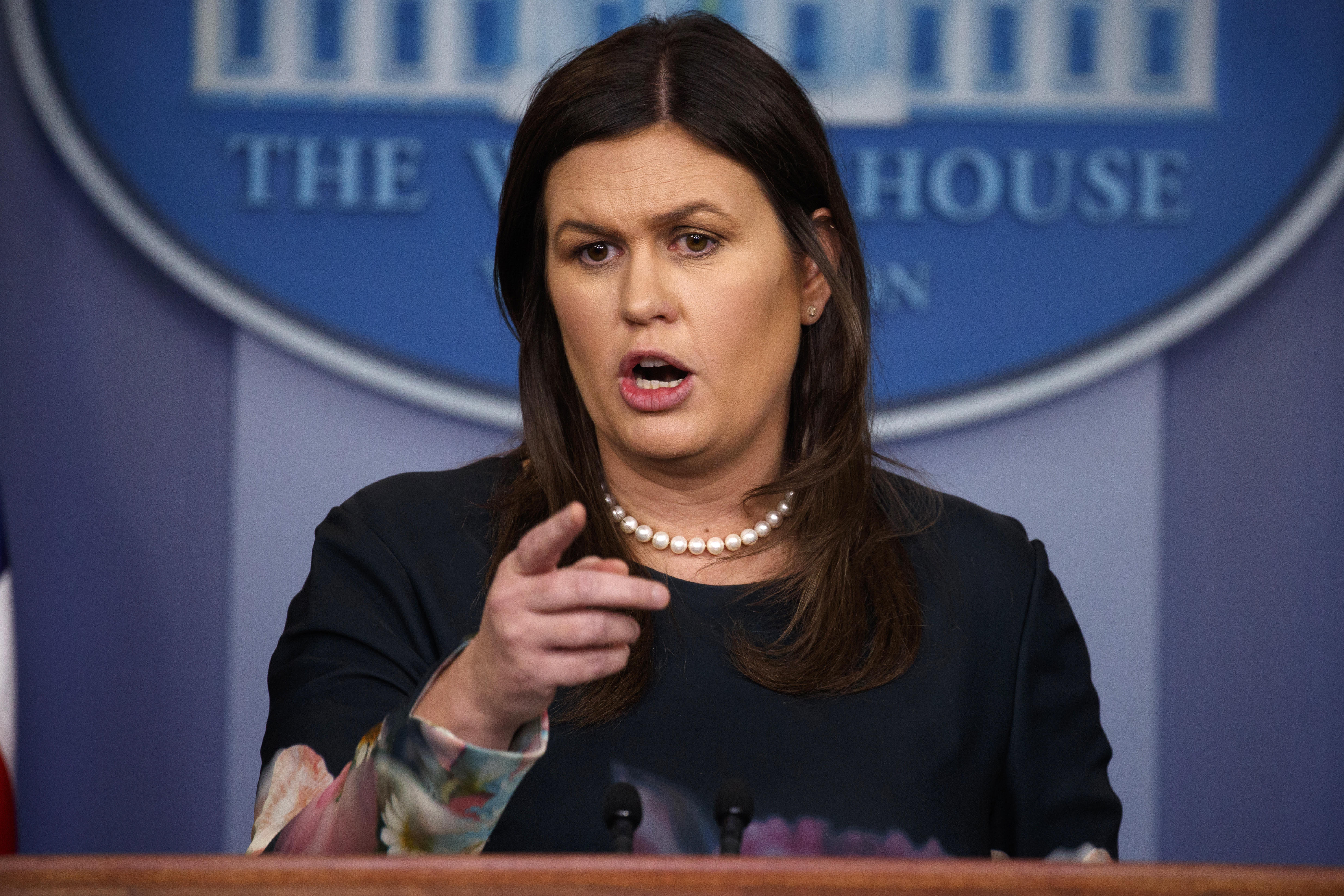 White House Press Secretary defended President Trump's tweets calling for his attorney general to fire special counsel Robert Mueller as "opinion," rather than an order for his administration to act on.

"Once again as I said earlier, the president is stating his opinion -- it's not an order," Sanders said during Wednesday's White House briefing. "But he's been, I think, crystal clear about how he feels about this investigation from the beginning."

"This is a terrible situation and Attorney General Jeff Sessions should stop this Rigged Witch Hunt right now, before it continues to stain our country any further," Mr. Trump tweeted. "Bob Mueller is totally conflicted, and his 17 Angry Democrats that are doing his dirty work are a disgrace to USA!"

Sanders was not aware if Mr. Trump has asked Sessions about the investigation directly.

"The entire investigation is based off of a dirty, discredited dossier that was paid for by an opposing campaign and had a lot of corruption within the entity which was overseeing it," Sanders said. "Which was Peter Strzok, James Comey, Andrew McCabe— we've laid this out a number of times. I don't think we have to go into it every single time we're in here."

Sanders said the administration ultimately wants to see the Russia probe come to a close and emphasized that the president has "allowed this process to play out."

"We certainly think it should be completed, we'd like it to be completed sooner rather than later," she said. "It's gone on for an extensive amount of time, they've still come up with nothing in regards to the president. We'd like to see it come to a close, we've said that a number of times."