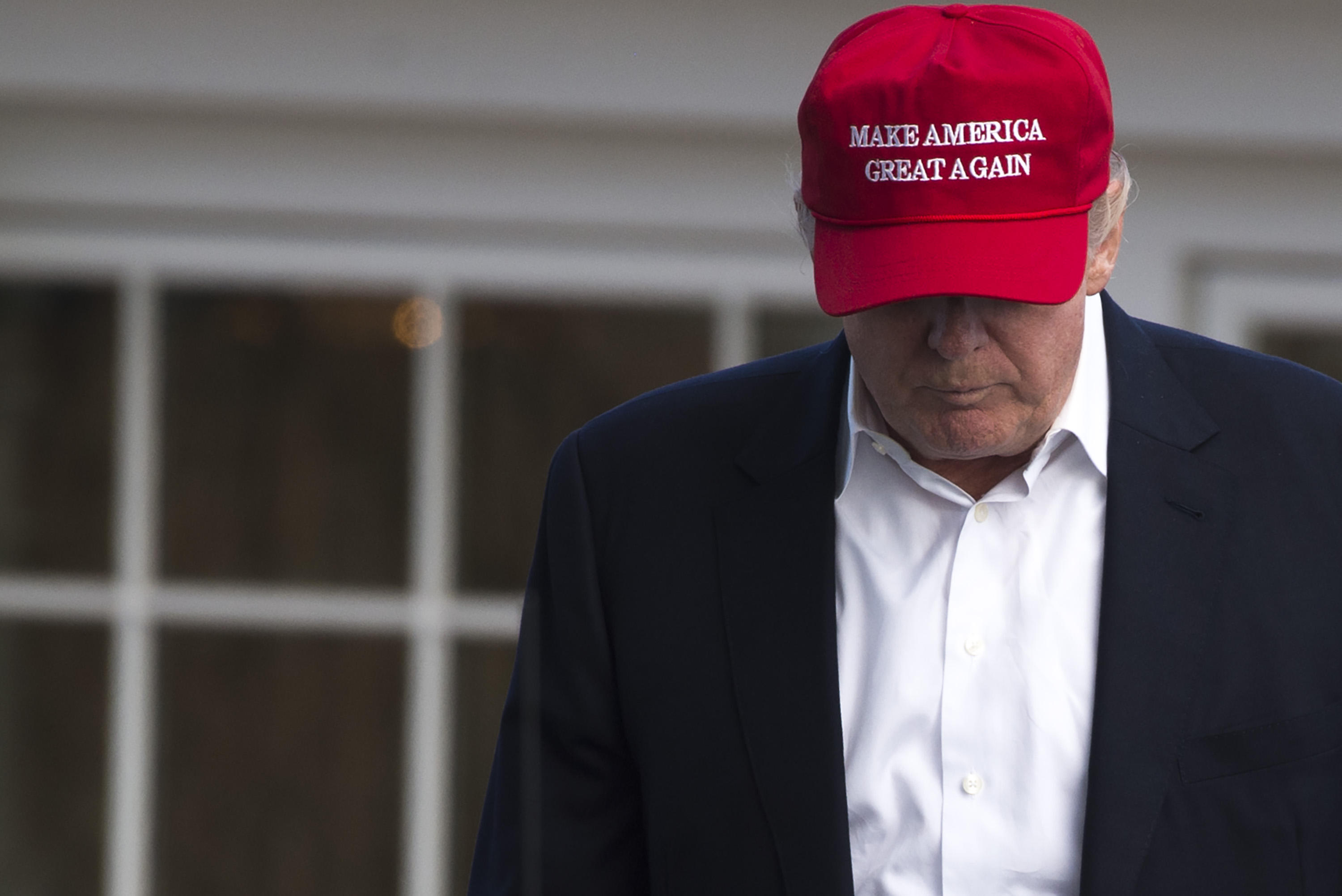 Plagued by daily revelations related to the escalating Russia investigations, the White House has dubbed this week "Made in America week" as it tries to focus on issues that matter to the president's base and promote products made in the United States, even as the administration defers questions about the manufacture of products for the Trump Organization and for Ivanka Trump's company.

Asked about the impact of the campaign on the Trump Organization and on Ivanka Trump's company, White House press secretary Sean Spicer said Monday it's "not appropriate" for him to discuss how the campaign would affect Trump businesses, which make many of their products overseas. Still, he conceded that there might be limits to bringing some manufacturing back to the U.S.

"Cetrain industries we don't do as much anymore in terms of scalability," Spicer told reporters at the White House briefing, just before the Made in America event. "Certain things we may not have capacity to do here, in terms of a plant or factory."

As part of "Made in America week," the Trump administration hosted a product showcase Monday afternoon, inviting American manufacturers that make their goods in the United States to display their products at the White House.

"Every member of my administration shares the same goal: to provide a level playing field for American workers and for American industry," President Trump said at the showcase.

The president toured the South Lawn of the White House where manufacturers from all 50 states participating displayed their products, from baseball bats to farming equipment.

"No longer are we going to allow other countries to break the rules, steal our jobs and drain our wealth-- and it has been drained," Mr. Trump said.

Mr. Trump will also travel to Virginia on Saturday for the commissioning of the USS Gerald R. Ford, a new aircraft carrier.

"For too long our government has forgotten the American worker. Their interests were pushed aside for global projects and their wealth was taken from the communities and shipped overseas," said White House director of media affairs Helen Aguirre Ferre. "Under the leadership of President Donald Trump, not only will the American worker never be forgotten, but they will be championed."

Mr. Trump has pledged to bring back U.S. manufacturing jobs lost to technological innovation and outsourcing by scaling back regulations and renegotiating the country's trade deals. It's an issue that resonates with the president's base, and one that senior aides sought to highlight Sunday as the president spent the weekend attending the U.S. Women's Open golf championship at a course he owns.

The effort comes amid escalating inquiries into possible ties between Trump campaign aides and the Russian government, which intelligence agencies have concluded meddled in the 2016 election in an effort to help Mr. Trump win.

But critics have accused Mr. Trump of hypocrisy when he's pushed "Made in America" in the past because so many of the products he and his family members have sold over the years were manufactured overseas. That includes merchandise sold under his own name and his eldest daughter's, including clothing items and shoes.

The Trump organization outsources product manufacturing to factories located in Bangladesh, China and Mexico among many other countries, according to The Washington Post. The Post also reports that Mr. Trump's daughter and White House adviser Ivanka Trump's clothing line relies exclusively on foreign manufacturing for production of its goods. These factories employ low-wage workers in countries such as Indonesia, China, and Bangladesh.

As Mr. Trump signed a "Made in America" Proclamation on the importance of making goods in America on Monday, the pens he uses to sign his orders are partly made in China and assembled by A.T. Cross of Providence, Rhode Island. The 170-year old New England-based company has been crafting pens for U.S. presidents since Gerald Ford.

The company still tries to put an American imprint on the presidential pens, which are lacquered and engraved in China but go through their final assembly in Rhode Island using a mix of domestic and foreign parts.

Asked whether the president would use his "Made in America" week to commit the Trump organization and his daughter's brand to make more of their products in America, rather than overseas, Ferre was non-committal.

The president's financial assets are currently being held in a trust. Ivanka Trump stepped back from day-to-day management of her brand before taking on an official role as a White House adviser.