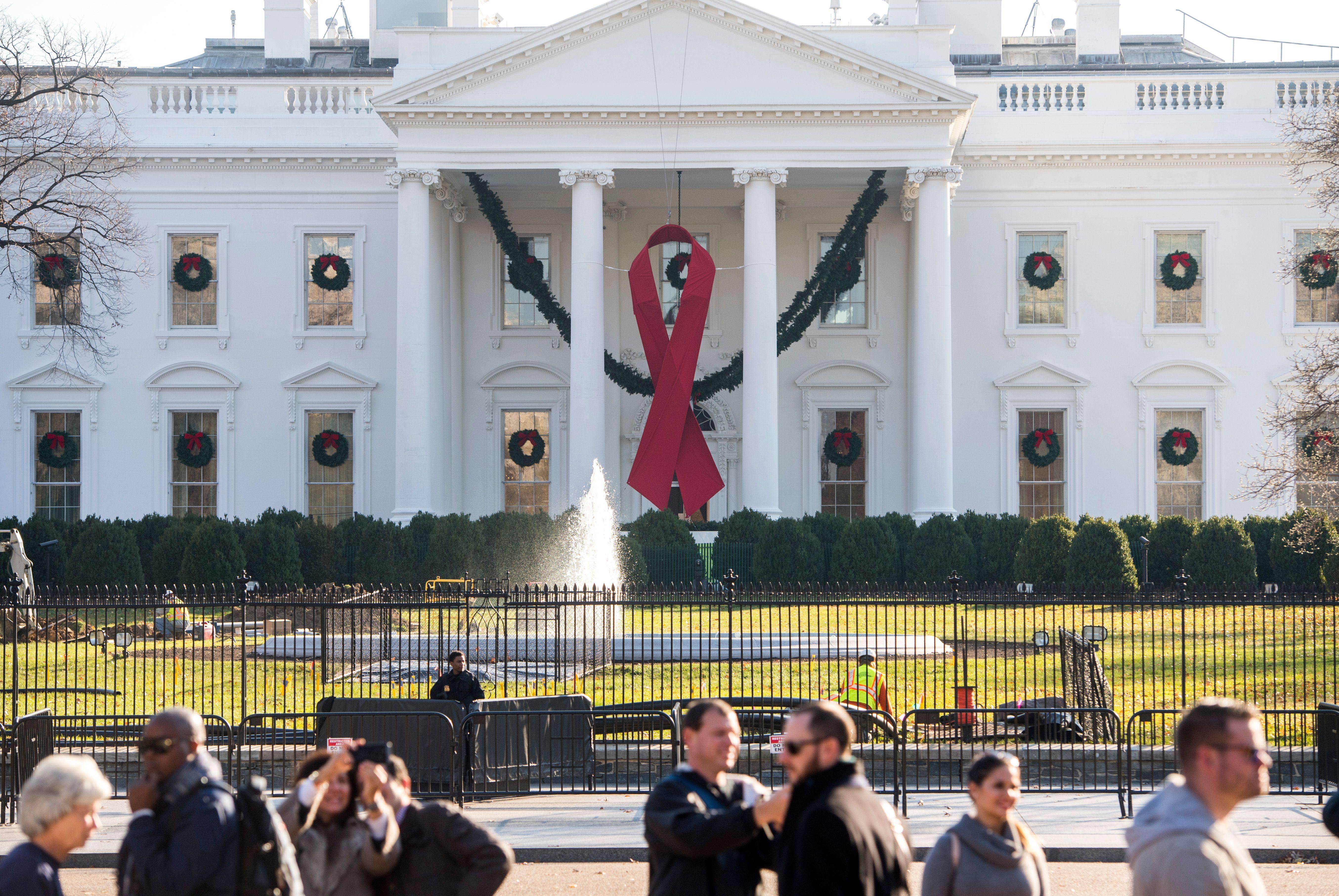 The White House hung a massive red bow from the front portico to recognize World AIDS Day on Friday, keeping with the annual tradition.

"Due to America's leadership and private sector philanthropy and innovation, we have saved and improved millions of lives and shifted the HIV/AIDS epidemic from crisis toward control. We are proud to continue our work with many partners, including governments, private-sector companies, philanthropic organizations, multilateral institutions, civil society and faith-based organizations, people living with HIV, and many others," a portion of a White House proclamation declaring Dec. 1 as World AIDS Day said.

But some pointed out the White House proclamation failed to mention LGBT individuals, as former President Barack Obama did in his declaration, who are disproportionately affected by HIV/AIDS. In the U.S., as of 2014, the White House noted, 1.1 million people are living with HIV.

Meanwhile, President Trump has been criticized for his approach to the disease. The White House page that would have provided information is blank. Mr. Trump has a Presidential Advisory Council on HIV/AIDs, but six members of that body resigned over the summer, saying he doesn't care about HIV.

One of those members, Scott Schoettes, published an opinion piece in Newsweek, with the headline, "Trump doesn't care about HIV. We're outta here."