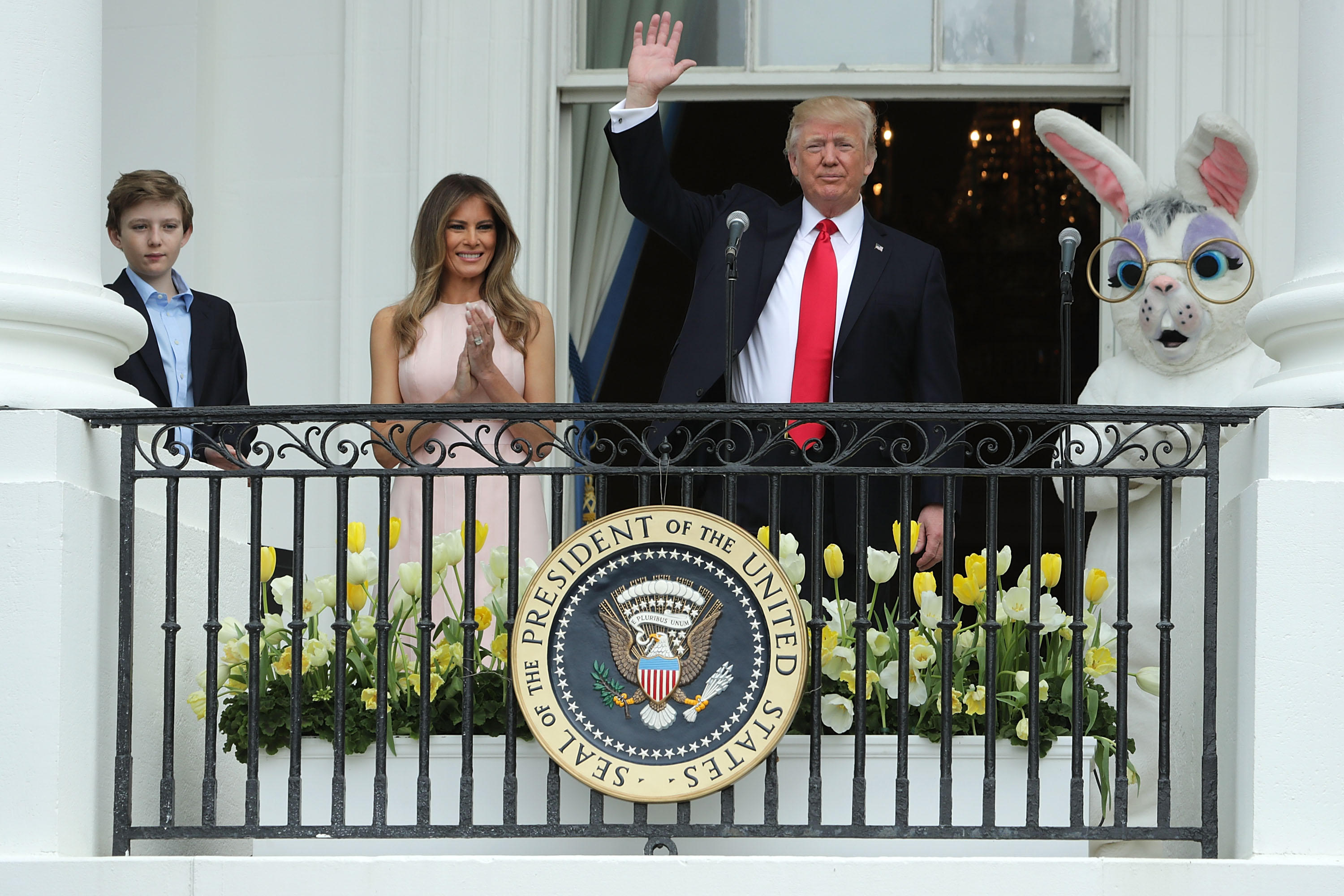 President Donald Trump has welcomed families to the White House for the annual Easter Egg Roll.

Speaking on Monday at the popular “egg-stravaganza,” Trump said: “we will be stronger and bigger and better as a nation than ever before.”

Mr. Trump was accompanied by his wife, Melania, and 11-year-old son Barron. The president thanked the first lady for putting the event together.

Thousands of children are expected at the White House for its biggest social event of the year. There had been some hand-wringing over whether the Trump administration would be able to pull off a successful event after reports that the planning started later than usual.

A downsized version of the 139-year-old event has kicked off on the South Lawn.

The White House is expecting more than 21,000 children and adults to attend the festivities. That’s down from the 35,000 people who attended last year.