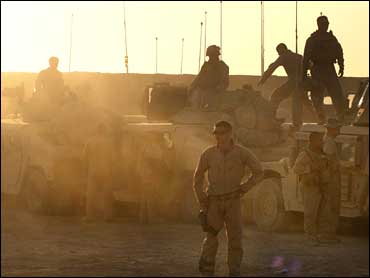 Three months after the President signed the National Defense Authorization Act, Senators are wondering whatever happened to the newly created Special Inspector General for Afghanistan Reconstruction. Today, the Chairman of the Senate Armed Services Committee, Carl Levin D-Mich. and Frank Lautenberg D-NJ sent a letter to the White House demanding the job be filled. The office was supposed to be filled by the end of February.

Last fall Senator Frank Lautenberg (D-NJ) expressed concern with a lack of oversight of the $20 plus billion dollars spent in Afghanistan, "We have too little information about how American money is being spent in Afghanistan and whether there is waste, fraud and abuse of these funds."

So Lautenberg pushed for an amendment to the 2008 Defense bill to create a new office for the Special Inspector General for Afghanistan Reconstruction, to be known as SIGAR. Once appointed, the Inspector General will be able to investigate potential fraud dating back as far as 2001.

The legislation indicated the White House had until February 28, 2008 to make the appointment. But that was two months ago and today, still no Afghanistan Inspector General.

White House spokeswoman Emily Lawrimore tells CBS the administration "is conducting a thorough search" for an Afghanistan Inspector General and "looks forward to announcing someone soon."

Pentagon officials have said a special Afghanistan IG might be redundant since the Pentagon's Inspector General has eleven people in Afghanistan already. But there are questions about whether or not the Pentagon IG's docket is already at capacity. Defense IG officials recently cited a need for $25 million in additional funding and 134 new investigators.

The State Department, which also has billions contracted out in Afghanistan, has been in flux since its Inspector General stepped down in mid January. Since then, the office has issued one audit related to Afghanistan.

Meanwhile the Special Inspector General for Iraq Reconstruction continues to pump out audits and inspections that call for accountability from contractors who handle hundreds of millions in taxpayer dollars.