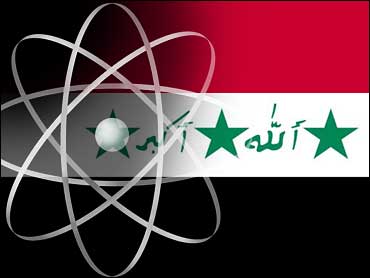 Amid questions about prewar intelligence, the White House is acknowledging that President Bush was incorrect when he said in his State of the Union address that Iraq recently had sought significant quantities of uranium in Africa.

Claims about Saddam's weapons of mass destruction were a primary justification for the war, but U.S. forces have yet to find any such weapons. The House and Senate intelligence panels are looking into prewar intelligence on Iraq and how it was used by the Bush administration.

Mr. Bush said in his address to Congress in January that the British government had learned that Saddam recently sought significant quantities of uranium in Africa.

The president's statement in the State of the Union was incorrect because it was based on forged documents from the African nation of Niger, White House spokesman Ari Fleischer said Monday.

Fleischer's remarks follow assertions by an envoy sent by the CIA to Africa to investigate allegations about Iraq's nuclear weapons program. The envoy, Joseph Wilson, said Sunday that the Bush administration manipulated his findings, possibly to strengthen the rationale for war.

Wilson, a former U.S. ambassador to the West African nation of Gabon, was dispatched in February 2002 to explore whether Iraq tried to buy uranium from Niger.

Writing in a New York Times op-ed piece, Wilson said it did not take him long "to conclude that it was highly doubtful that any such transaction had ever taken place."

In an interview on NBC, Wilson insisted his doubts about the purported Iraq-Niger connection reached the highest levels of government, including Vice President Dick Cheney's office.

In fact, he said, Cheney's office inquired about the purported Niger-Iraq link.

Yet nearly a year after he had returned and briefed CIA officials, the assertion that Saddam was trying to obtain uranium from Africa was included in Mr. Bush's State of the Union address.

The International Atomic Energy Agency told the United Nations in March — after the State of the Union — that the information about the uranium procurement efforts was based on forged documents.

The committee, however, cleared ministers of deliberately misleading lawmakers.

Blair said Tuesday he had made a valid case for military action.

"I refute any suggestion that we misled Parliament or the people," Blair told the House of Commons Liaison Committee, stressing he stands "totally" behind the case he made for war.

"I am quite sure we did the right thing in removing Saddam Hussein because not merely was he a threat…to the wider world but it was an appalling regime that the world is well rid of."

On Monday, the Foreign Affairs Committee said Blair "misrepresented" the status of a dossier published in January.

Blair had referred to it as "further intelligence," although he acknowledged later that it contained material from a graduate thesis published on the Internet.

The committee said that another dossier on Iraqi weapons, published in September, gave undue prominence to an uncorroborated claim that Iraq could deploy biological or chemical weapons within 45 minutes of an order being given. It also said the "jury is still out" on the accuracy of the information contained in the intelligence document.

"The jury is not out at all," Blair retorted Tuesday. "There is no doubt that Saddam was developing weapons of mass destruction."

Blair said Tuesday he had no doubts that evidence of weapons of mass destruction programs would be found in Iraq, but said his case would not be weakened if no weapons were found.

Defense Secretary Geoff Hoon that coalition forces needed at least another four months to search for banned arms in Iraq.

The dispute is also affecting Australia's government, which will undergo a parliamentary inquiry on the matter next month.

The Australian Broadcasting Company reports Prime Minister John Howard, while continuing to express confidence in the prewar intelligence, is distancing himself from the data passed to him by the United States and Britain.

"I had discussions myself with senior figures in the intelligence community, very senior figures in both countries," Howard said. "I believe that they believed very strongly in their judgments…We had lots of material put to us over a period of months and it built a case, necessarily judgments had to be made by the agencies."