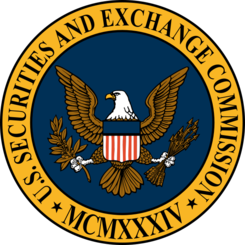 A government whistleblower is charging that the Securities and Exchange Commission has destroyed thousands of records about preliminary investigations in what may be a violation of federal law.

SEC attorney Darcy Flynn told Congress last month that since at least 1993, the SEC has been systematically destroying "Matters Under Inquiry" that have been closed. MUIs are preliminary investigations that do not enable the SEC to use enforcement tools such as subpoenas to investigate suspicions of wrongdoing.

The SEC spelled out its policy of destroying closed MUIs on its internal website, according to Rolling Stone, which first reported the allegations, even though the policy conflicts with the SEC's agreement with the National Archives and Records Administration, which oversees laws governing federal agency records. ("After you have closed a MUI that has not become an investigation," the website reportedly advised staffers, "you should dispose of any documents obtained in connection with the MUI.")

According to the agreement with NARA, the SEC is supposed to preserve all of its records, including files relating to preliminary investigations, for at least 25 years. According to federal law, NARA is responsible for ultimately destroying records.

In addition to informing three congressional committees about this matter, Flynn gave his evidence to the SEC's inspector general this summer. On Wednesday, Sen. Chuck Grassley, R-Iowa, the top Republican on the Senate Judiciary Committee, sent a letter to the SEC about Flynn's charges, asking the SEC for answers.

Grassley wrote that if Flynn's allegations are true, it "would appear to greatly handicap the SEC's ability to create patterns in complex cases and calls into question the SEC's ability to properly retain and catalog documents." He added, "These records may contain critical information that could be extremely useful in piecing together complex cases, even if not immediately pursued."

The SEC's inspector general is also investigating the matter and plans to issue a report, while NARA is also reviewing the charges, according to Rolling Stone.