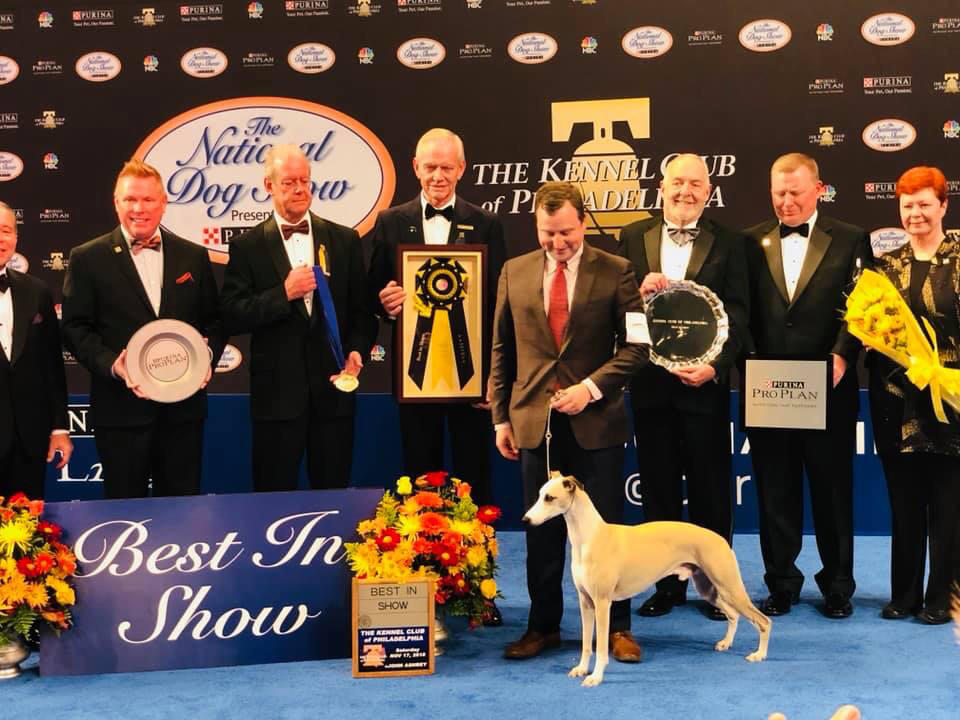 "Whiskey" the Whippet was named the Best in Show for the 2018 National Dog Show on Thanksgiving. The prestigious puppy contest on NBC was back with "Seinfeld" star John O'Hurley as host, along with expert breeder David Frei and purebred owner Mary Carillo.

More than 2,000 dogs and 185 breeds competed at the Greater Philadelphia Expo Center at Oaks, Pennsylvania, but it was the 3-year-old whippet who took home the top prize.

Whiskey won the Hound Group before winning the entire competition. His handler Justin Smithey spoke to NBC after winning the title.

I think [he's] an outstanding example of what the ideal whippet would look like," he said. "This is our companion, our pet. He was born by my bed."

Whippets are a sighthound breed that originated in England, where they descended from greyhounds.

The popular show had more than 3,200 tweets under the hashtag #NationalDogShow, with many commenting on adorable moments throughout the contest.

Two new breeds, the Grand Basset Griffon Vendéen and Nederlandse Kooikerhondje, were also introduced for the first time at the 2018 competition.

The National Dog Show is one of the oldest benched dog shows in the United States, held annually since 1933, according to their website. A benched show is where the dogs are required to be on assigned benches when they are not being shown in competition, which allows all interested spectators to meet all of the canines and share information about the various breeds present at the show.

The show, which is sanctioned by The American Kennel Club, helps raise money for a variety of canine-related causes.