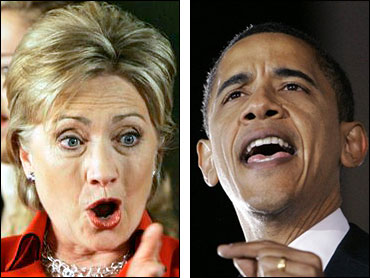 Over the weekend, a little-known Democrat named Bill Foster won a special election in Illinois for the House seat long held by former speaker Dennis Hastert.

It was a relatively small victory, but one, Democrats hope, with big implications.

Foster won in a district thought to be a Republican stronghold, and he did it despite the efforts of the National Republican Congressional Committee, which dumped more than $1 million into the race.

Democrats suggest the outcome is a sign of things to come.

Democrats now hold slim majorities in the House and Senate, and the party is expected to make gains in both chambers in November. (Congressional watchers have suggested a 4-6 seat gain in the Senate and around a 12 seat gain in the House.) The most optimistic have suggested that the party might be able to secure the 60 votes they need for a filibuster-proof majority in the Senate, an advantage neither party has seen for decades.

The Democrat at the top of the ticket - the presidential nominee - will likely influence how significant the gains will be. Barack Obama appeared in a television ad for Foster in the race for Hastert's seat, and Foster embraced Obama's message: His Web site showed him standing with Obama, along with the words "Bill Foster represents the change we need." The site now reads "Yes, We Did," an echo of Obama's "Yes, We Can."

According to Thomas E. Mann, an expert on Congress at the Brookings Institution, many Democratic congressional hopefuls believe that Obama's presence on the Democratic ticket could boost them in November.

"I think it's fair to say that most Democratic officeholders or challengers in competitive districts believe that Obama would be a boost to their campaigns and that [Hillary] Clinton might be a drag," said Mann. "That is the broad sentiment."

Clinton's presence on the ticket could make it harder for Democrats in tight races, suggested Stuart Rothenberg, editor of the Rothenberg Political Report.

"There's little doubt...in my mind that she limits the gains Democrats can make," he said. "There is a whole slew of voters who are casual voters who are excited about Obama. If Hillary was the nominee they would be very turned off and probably wouldn't turn out to vote, and that's good for Republicans."

But Steven Smith, political science professor at Washington University, questions the notion that Obama would necessarily give Democrats a bigger boost than Clinton would.

Obama is viewed far more favorably than Clinton among independents, an essential voting block for many Congressional candidates. (A CBS News poll last month found that Obama beats McCain by 10 points among independents, while McCain beats Clinton by 17 points among the group.) Mann suggested his presence on the ticket could boost Democratic Senate candidates in New Mexico, Colorado, Louisiana, Maine, New Hampshire, Minnesota, and Oregon by increasing turnout among independents and new voters.

But McCain also appeals to independents, and Republicans appear likely to cast Obama as a George McGovern-like liberal in the general election in order to blunt his appeal to the group if he ends up as the Democratic nominee.

In addition, it is unclear just how significant Obama's coattails would be even if he does well in the general election: As the Dallas Morning News points out, many of those who backed Obama in the Texas primary ignored the other Texas primary races. If that trend holds true nationally, it suggests that even if Obama draws many new voters to the polls, they may not pull the lever for other Democrats on the ticket.

The GOP suggests that it would be a mistake to read too much into Foster's win, with the National Republican Congressional Committee suggesting that "what happens today is not a bellwether of what happens this fall." Rothenberg said that's not the case: He argues that Foster's win suggests that "we are still in the 2006 news cycle, with voters seeing Democrats as the party of change."

But there are undoubtedly factors other than the candidates themselves that can influence the length of their coattails. Over the past two decades, as Vanderbilt public policy professor Bruce Oppenheimer points out, the public has given little boost to Congressional candidates of a particular party when they expect that party's presidential candidate to win big.

"When the public seems to anticipate a lopsided presidential race, they sort of cover their bets," said Oppenheimer. "You don't see big swings, you don't see big coattails. Where the big swings do take place is when it's expected to be a close race and someone wins by a large margin."
By Brian Montopoli