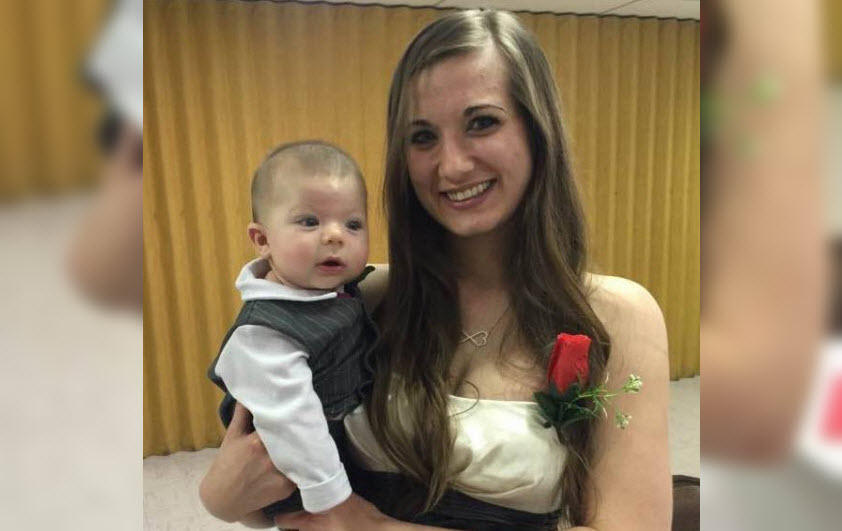 She also gave police the name of the suspect in her shooting and the boy’s abduction — the child’s father, James Ramey. She had recently taken out a protective order against Ramey.

“Her first thought was of her 10-month-old child, which led us to believe the child was not there,” Hartsock said. “We did search the house, and she did give us the name of Mr. Ramey.”

The woman was rushed to the hospital, where she was pronounced dead.

An Amber Alert was issued for Winston Ramey, and around 10 a.m. tips and cellphone pings led authorities to arrest James Ramey after a traffic stop in Fulton County, Indiana — about 150 miles away. The infant was in the vehicle, unharmed, along with Amanda Mangas’ stepmother. Hartsock said he believes the stepmother was taken against her will.

Police believe Ramey was heading to the Chicago area, where he has family.

Ramey was booked in the Fulton County jail on a count of aggravated murder. More charges are expected to be filed.

WTOL reports Ramey was charged last month with aggravated menacing after he allegedly threatened Amanda Mangas with a knife and told her her would kill her if she left him. Mangas filed for the protective order, which Ramey was accused of violating last month by contacting her over social media, the station reports.

Through tears, Amanda’s father Mike Mangas described his daughter as a good mother and said he’s proud that her last thoughts and worries were with her son.