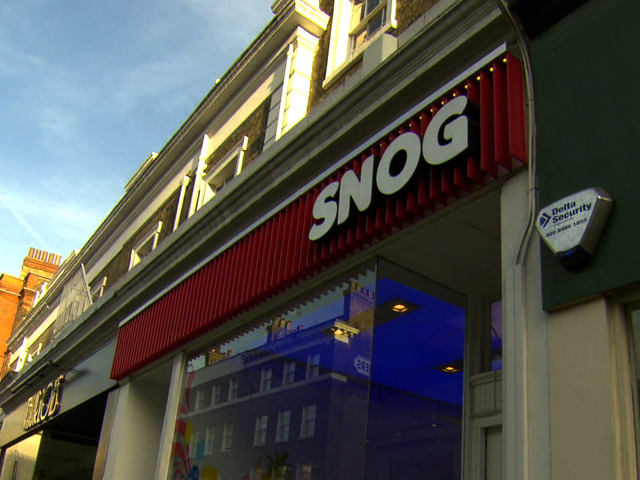 (CBS) LONDON - While the world awaits the official first kiss (or snog) between the newly married William and Kate on the balcony of Buckingham Palace, it seems there is another London locale where Kate Middleton has been known to stop for a "Snog."

Bella Benson, a friend of Princes William and Harry, tells CBS News correspondent Troy Roberts that Snog, a local London frozen yogurt shop, is a favorite of Middleton and her friends.

So any chance Snog could be served at the royal wedding?

"That would be a really fun thing... it would have created the modern pudding," Benson says. "All of Kate's friends love it as well... but could you imagine the Queen having a Snog?"