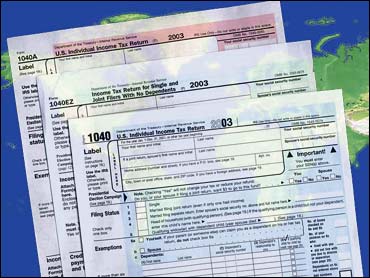 Twelve-hour shifts and seven-day workweeks exhausted accountants at Rucci, Bardaro & Barrett. But most painful for Chris Barrett was the annual "Easter parade" - layoffs of seasonal workers and interns after April 15.

So Barrett, a partner in the Malden, Mass., firm, will send about 150 of his 600 clients' tax returns this year to India, where recent college graduates will prepare Americans' 1040s. Barrett won't hire - or fire - any extra employees, and the average turnaround time for completing returns is already shrinking.

"We're always looking for ways to reduce the pressure," Barrett said. "It frees us up to provide financial and estate planning, which we didn't have time for when we were too busy filling out returns."

Critics say outsourcing short-shrifts U.S. accountants and exposes unwitting Americans to identity theft, which the Federal Trade Commission ranks as one of the country's fastest-growing crimes.

"I am gravely concerned that consumer data is being sent overseas without proper safeguards," the California Democrat wrote to chief executives of Citigroup, Bank of America, Ernst & Young, Equifax and TransUnion.

But executives argue they can't afford to ignore the trend.

The average accountant in India makes $250 to $300 per month, compared with $3,000 to $4,000 in the United States. Many firms say they'll use the savings to undercut competitors or add premium services like retirement planning. They also say Indian workers will be needed to replace droves of retiring baby boomer accountants.

"It's going to change the paradigm in which professionals prepare taxes, maybe even more than the way TurboTax (software) changed the way individuals did their taxes," said Dave Wyle, head of Newport Beach, Calif.-based SurePrep, a software and consulting service with 300 Indian accountants in Bombay and Ahmedabad.

But in the last year, they've migrated thousands of individual returns to India, where colleges graduate about 50,000 accounting majors each year.

KPMG, which established an Indian subsidiary in 1993, has six offices providing tax and other consulting services for 2,000 companies in the subcontinent. Spokesman Greg Dvorken said KPMG executives "continue to explore" whether to use offshore accountants for preparation of U.S. returns.

PricewaterhouseCoopers and H&R Block have no immediate outsourcing plans. But H&R's mortgage subsidiary, Option One Mortgage, is sending data entry work to India, and H&R is studying whether outsourcing has "other possible advantages," spokesman Bob Schneider said.

Although firms have yet to report identity theft or fraud that stemmed from outsourcing, privacy advocates cringe at the notion of scanning and transmitting W2 forms - along with the Social Security numbers and salary information on them - across about a dozen time zones.

Democratic presidential front-runner John Kerry wants overseas call centers to disclose their location - the New Economy version of the "made in America" label. Some consumer groups and privacy advocates say accountants should do the same.

"If we believe in the ideas of customer choice and the market, disclosure should be the starting point," said Chris Jay Hoofnagle, associate director of the Electronic Privacy Information Center. "From there we could explore whether the outsourcing nations have adequate data protection."

Ernst & Young customers must sign a document acknowledging that a foreign accountant may work on their return. But most firms don't make such disclosures.

Accountants outsource by scanning clients' W2s, 1099s, K1s and other records and sending them to Indian workers through strongly encrypted e-mail or private networks.

At SurePrep, bags and briefcases are prohibited. Computers have no printers or devices for removable storage like floppy disks. Internet use is restricted to internal sites and tax research.

Bruce Carlin, managing partner at Worcester, Mass.-based Carlin, Charron & Rosen, plans to outsource about 2,000 returns - twice as many as last year and a third of this year's totals. Unless the client asks, the firm does not disclose that it outsources with Datamatics, Carlin said.

A 1040 prepared in India can cost as little as $75 - including labor, software and hardware costs. In the United States, it would likely cost as much as $150, Carlin said.

Michael Gray, a San Jose CPA whose firm prepares about 200 returns per year, worries that rampant outsourcing will limit the experience of American accountants - and jeopardize the profession.

"If we're sending the bulk of this work overseas, then we're not going to have the jobs for Americans in the traditional training ground for CPAs," Gray said. "We may see a brain drain in our industry."