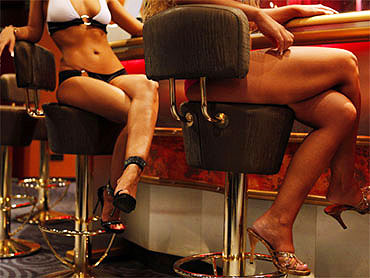 (CBS/AP) LANCASTER, Pa. - We'll just come right out and say it: If you're not happy with your prostitute, don't run and tell the police.

It's not the first time we've been down this road. This time a central Pennsylvania man called the cops after he gave a prostitute $25, but didn't think he got what he paid for.

Lancaster police say the unidentified man contacted their department Thursday to complain that a prostitute had taken the money and left.

When officers arrived at the scene they told the man he could be prosecuted for his actions. Police say the man then decided he would prefer that police not investigate further (at least they gave him a choice).

Lt. Todd Umstead tells the Intelligencer Journal/Lancaster New Era that the department had received a similar complaint in the past.