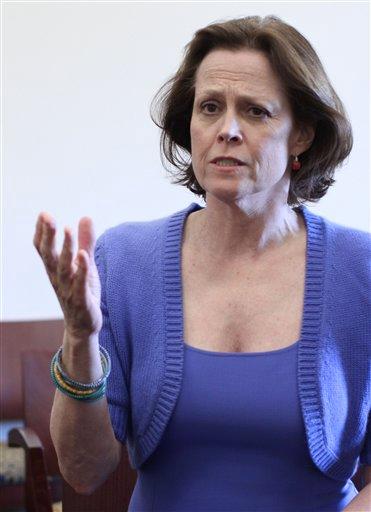 The category is people, and the answer is "Who has pocketed a cool $1.3 million in an unprecedented 41 consecutive appearances on the hit game show 'Jeopardy!'?" Well, Ken Jennings, of course.

But his winning streak won't last forever. That's according to a report by the New York Post on Thursday. It says that Jennings' record-breaking run will end at 75 games and $2.5 million. TVWeek.com, an industry Web site, also reports the same.

"Could that be true?" The Early Show co-anchor Harry Smith asks Jennings, who answered with another question, "Come on, Harry, who are you going to believe, me or the Post?"

Of course, he couldn't talk about it anyway, even if he wanted to. But Jennings says, "People are going to have to keep watching and find out. Since the thing has started, I've read four or five different stories that I'm going to lose and so far, I haven't lost any of them."

He is still very much in the groove in the new season. It seems that he has no weakness in this game.

"I think there are some categories that are not my strongest suit," Jennings admits. "I found that out playing 'Jeopardy!' Every time I hear country music I think, 'Yuck, corporate America type stuff, cars.' I've discovered a few things."

On the other hand, he has favorite categories. "Usually, there is at least one category like books or plays or movies. And if there is that, I'll go to that like a magnet," he says.

Jennings' joy playing the game is evident. Is he by nature a competitive person, Smith asks.

"I'm a little bit competitive," Jennings says. "People who have played games with me know I like to win. I don't think I'm a fanatic about it. I hope I'm a good sport about it, but that is the main reason I'm still on 'Jeopardy!' because it's totally fun to compete against these people who are the very best."

So does that mean he likes to squash the people who come up against him?

Jennings says, "I feel vaguely guilty of that. If these people are anything like me, it's a lifelong dream for them to be on 'Jeopardy!' I feel bad it doesn't go for them as well as they would like, but it's tough out there."

His first game has given him the most satisfying feeling thus far. He says, "At that point, I surpass any expectations I have for myself. The moment, at the very last minute, when I realized I was going to squeak that one out, that was absolutely the highlight for me. Maybe as excited as I've ever been."

Asked if he has been cramming in the off-season to prepare for the next round, he says, "I probably should have been, but just by nature, I didn't learn all this stuff by cramming. I learned this stuff by living life and it happened to accumulate so, you know, it's not like I went home and read the encyclopedia, no."

As for the fame he has achieved, he says, "It's had its ups and downs, I'm sort of a private person by nature, so I'm not in love of every aspect of being recognized everywhere, but it is fun and flattering as well."


The Salt Lake City software engineer became an unlikely TV star this summer when he began mowing down opponents on the quiz show. He won 41 straight games before the show went on hiatus in late July. The new season began Monday.

"It's starting to be a lot of money," Jennings said midway through the show.

"Jeopardy!" limited its champions to five appearances before changing its rules a year ago, allowing a winner to keep competing until being beaten.

Nobody expected the Jennings juggernaut. The 30-year-old has displayed a quick finger on the buzzer that frequently freezes out his opponents as well as an impressively broad array of knowledge.

"Jeopardy!" will air two more weeks of original episodes, which began taping in August, before leaving on another hiatus for a special tournament.

If Jennings keeps winning, he'll keep coming back. Game spokesman Jeff Ritter said there's been no discussion of a cutoff point, or another change in the rules, if Jennings' streak continues.