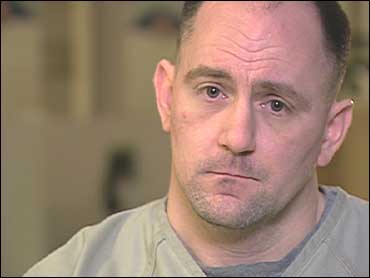 The Army reported Thursday that at least 128 soldiers took their lives last year - the most since they started keeping records, three decades ago. But sometimes soldiers direct their anger at others - cases of assault against wives and girlfriends are on the rise, and critics say the army is not doing enough about it. CBS News anchor Katie Couric reports in a CBS News investigation that the results can be tragic.

Sgt. James Pitts was a decorated soldier, part of the early ground offensive that stormed Baghdad.

He had spent a year serving with a combat engineer group providing Army operational support.

It wasn't long before the horrors of war became his daily reality.

"The only thing you could predict was that you were gonna get attacked," he said. "The worst part of it was ... smelling the dead bodies, because it lingers forever."

The terrifying images began to take a toll.

Pitts began abusing prescription drugs as a way to escape, and reached out to his command for help. He says they did nothing.

When it was time to come home, he hoped the joy of seeing his wife and 9-year-old son would make everything okay.

But the excitement and relief didn't last. Her husband was drinking heavily, experiencing flashbacks, having nightmares.

"I can't sleep, I can't get the war out of my head. I got my wife saying she doesn't love me anymore - I got no one in the military I can trust," James Pitts said.

Family members say despite some obvious problems, no one in the Army required, or even encouraged, Pitts to get psychological treatment when he returned to Fort Lewis in Washington State.

According to a police report obtained by CBS New, Pitts was "increasingly agitated" and had threatened to "put a bullet" through his wife's head.

Afraid for her life, Tara Pitts obtained a restraining order. She notified his command, who promised to help. But that help never came.

A week later, Pitts murdered his wife, drowning her in a bathtub. They had had a fight - and her screams, he said, set him off.

"It reminded me of those screams of fear with the mortars," he said. "I grabbed her and she bumped her head - bad. And when I looked down, she was under the water."

He was sentenced to 20 years without parole.

Pitts feels betrayed by an Army that once applauded his bravery.

FYI: Find resources about domestic violence.
Read Part I of this CBS News investigation: The Hidden Casualties Of War.

Lynn McCollum is the Army Director of Family Affairs.

Couric asked her: "Doesn't it make you angry to hear these stories about wives who are being killed by soldiers who are actually calling out for help?"

"There's a tremendous amount of effort going into providing that safety network and assistance for those folks," McCollum said. "It's very frustrating and disturbing when we don't reach everyone."

The numbers are alarming. In the last decade, there have been nearly 90 domestic homicides and 25,000 substantiated cases of domestic violence at U.S. military installations.

When CBS News looked at the small town of Killeen, Texas, - home of Fort Hood - another disturbing trend became clear. Of the 2,500 domestic violence cases reported to police last year - half of them involved military personel.

The Army developed a "Battle Mind Training" program to help soldiers transition back into life at home and has pledged to increase funding for family advocacy.

Most agree that all the systems and services the military may offer are only as effective as the people willing to use them to help both traumatized soldiers and their potential victims.

Only then, they say, will double tragedies like the case of James and Tara Pitts be prevented.