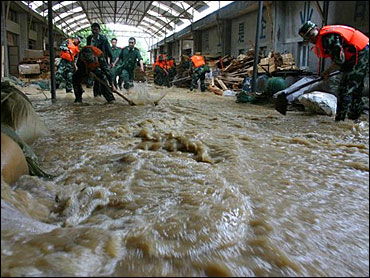 CBS News' Sharyl Attkisson uncovered even more details about the illness of Monica George, who died after taking Rezulin. Producer Mark Katkov contributed to this report.

George was 67 years old when her doctor prescribed her a new drug, Rezulin, to control her adult onset diabetes. Her diabetes wasn't considered life threatening; in fact, it didn't even slow her down.

She doted on her grandchildren, loved to travel and was enjoying a new love in her life. But not long after she began taking Rezulin, she became very sick. She didn't know Rezulin had just been pulled off the market in Great Britain for safety concerns. In the United States, there was mounting evidence that Rezulin could cause serious liver damage, even death.

The drug manufacturer, Warner Lambert, issued a series of new warnings and letters to doctors alerting them to the possible danger and urging much stricter monitering of patients' liver function. George's family says her doctor either kept her in the dark or was himself unaware of the problem.

"Her doctor apparently was not aware of the warnings, or disregarded them,...didn't take them seriously, so that was a huge mistake," says daughter Andrea Shaw.

Another daughter, Elaine Shaw, says the whole family was living a nightmare: "Her abdomen became incredibly swollen; she was laying in bed moaning, vomiting,...couldn't move," she observes.

George's liver was failing, but her doctor didn't recognize the telltale signs of jaundice, her family says. He treated her for a thyroid disorder instead. Finally, George, who'd worked as a nurse herself, switched doctors. The new one took one look at her and saw that she was severely jaundiced. He also linked the problem to Rezulin.

Her daughters watched their mother deteriorate. "During those seven weeks we watched her suffer in ways which to us were unimaginable," says Andrea Shaw. "Because her liver could not break down the toxins, she was unable to take pain medication. She had no comfort measures at all."

At the end of seven agonizing weeks, George was dead; it happened so quickly that a liver transplant was never an option. And her family left with the realization that a drug she took to help her for a nonlife threatening problem ended up costing her her life.

It's something George herself realized before she died. Daughter Elaine Shaw quotes her mother as saying, "Oh my gosh, 'Here I took this drug for diabetes, to make my diabetes better, and this is what it did....It's killing me!'"

Students cheer on classmate with Down syndrome